HTC-related leaks seem to have no end in sight as a new Desire flagship smartphone has popped up online along with a good deal of hardware information. And there are also new press renders of the highly anticipated One E9+ and One M9+ handsets.

All of the leaks you see below come from the same source, Upleaks, who’s been pretty accurate with details on unreleased products from the OEM. Let’s start with the One M9 Plus. The latest press render also highlights that there will be a finger print sensor on the front that can be easily mistaken for a physical home button. 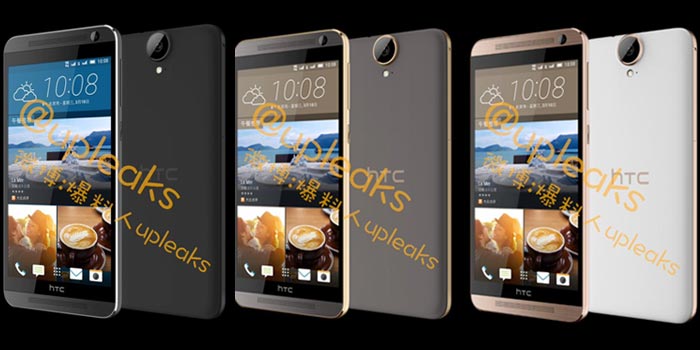 The image looks quite similar to the live shots from earlier this month. However, the rear panel has a different story to tell. Previous pictures showed a single large camera, but as you can see above, there are dual snappers. The upper one is most likely a depth sensor like on the One M8. More info on the One M9+ can be found here.

Also read: HTC’s upcoming tablet will have an interesting choice of specs

Coming to the One E9+ (A55), this handset will be slightly beefier compared to the One E9 (A53). The main difference is that the former will have a WQHD panel and a 20MP snapper, while the latter houses a FHD touchscreen and a 13MP primary shooter. 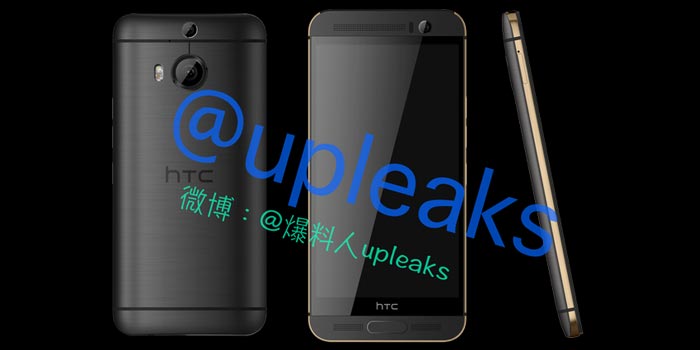 The new images (embedded above) show the handset in multiple shades. And then we have the A50AML smartphone which will be the new flagship in the Desire series. This device is being developed under the codename CM650 and will be based on a MediaTek processor.

The HTC A50AML, One M9+ and One E9+ as well as other smartphones are all expected to go official in the next couple of months.