Microsoft has already confirmed that it’s working on new high-end Windows Phone devices and now, another report has surfaced claiming to have in-depth information. The leak states that a total of two flagship handsets are in development under the codenames Cityman and Talkman.

Both phones are said to be high-end releases and they’ve been referred to as the Lumia 940 and Lumia 940 XL online. There’s no concrete information on the official branding, but it’s likely that Microsoft will stick to its current tradition which is what makes the aforementioned monikers highly plausible.

Also, it clearly looks like Microsoft is following in the footsteps of Apple and Samsung through this dual flagship strategy. Unleash the Phones is reporting that Talkman will be the smaller of the two phones carrying a 5.2-inch QHD display. 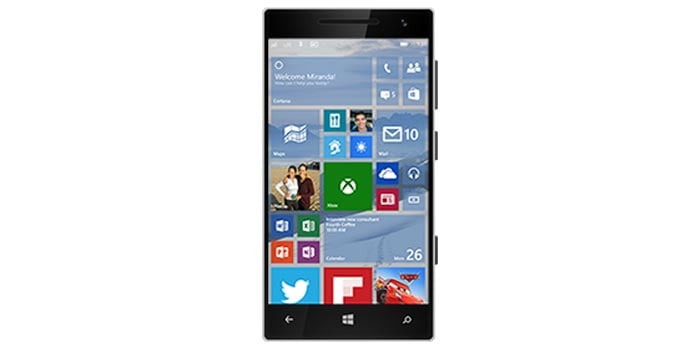 The screen could be an OLED panel seeing as Microsoft normally uses such displays for top-tier releases. The report notes that a hexa core Qualcomm processor will deliver the steam and we’re certain it’s referring to the Snapdragon 808 which is found on the LG G4.

Apart from this, the handset will also have 3GB of RAM, 32GB of internal storage, a 20MP main camera, a 5MP selfie shooter and a 3000mAh removable battery. Microsoft is aiming to deliver a design slimmer than that of the Lumia 930. Coming to the Cityman, not only is this smartphone bigger, but also slightly on the beefier side.

The handset will sport a 5.7-inch QHD display and an octa core Qualcomm chipset which has Snapdragon 810 written all over. Additionally, the battery will also be larger at 3300mAh. Rest of the features will be the same as the Talkman’s – 3GB RAM, 32GB of internal memory, microSD expansions, a 5MP front camera and a 20MP rear shooter.

The new information on the Microsoft Talkman and Cityman are quite similar to what were leaked before and this adds more credence to both reports. We expect to see the new flagships go official with the release of Windows 10 for phones.