Facebook has just come up with a new app named Moments that’s aimed at organizing photographs of your outings into one single hub which can be accessed by you and your friends. This new Android and iOS app is out only in the US for now, but is slated to arrive in more countries over time.

Let us explain Moments to you in simple language. Suppose you’re in Goa for your annual outing with your friends. All of your friends are going haywire clicking pictures and selfies on their smartphones wherever you’re going. Once you’re back, it becomes a really huge task for you to get the pictures from all of them.

Bluetooth and emails are the best options, what with WhatsApp compressing the pictures down to mere kilobytes. Worst of all, you need to keep nagging all your friends to send you the images each time you meet up again. That’s where Facebook’s new Moments app steps in. 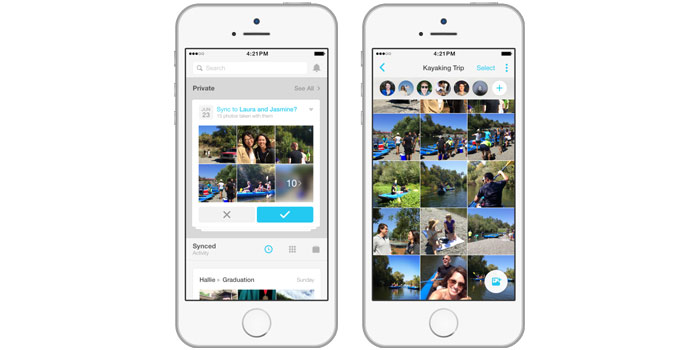 Once it’s on your phone, it syncs all your photographs based on when they were taken. More importantly, it finds out which of your friends are in them automatically, using Facebook’s controversial facial recognition technology. You can then choose to make those pictures available for all the friends who were there on your Goa sojourn, or even the ones who missed it.

And of course, they can do the same as well. This new Momenst app also allows you to search images in order to find the ones that you or specific friends are in. Watch the video in the space above to know more about how this utility works.

Like we said, Moments has only been released by Facebook in the US for now, but it will be making its way into other territories soon. It can be grabbed through the Google Play store and the Apple App Store.