Modbook Pro price revealed at $3,499, goes up for pre-order in the US 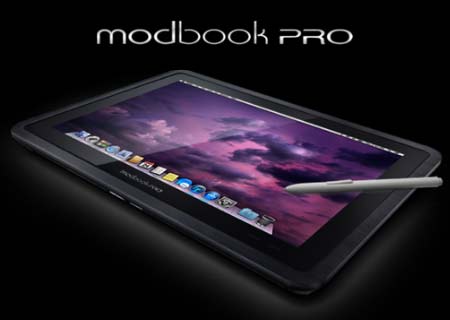 Just as planned, the Modbook Pro price and release date details have been announced and the Mac-powered tablet is also up for pre-order in the US. Not a fan of Apple’s desktop OS? Well, then it’s not a problem as the device in question can be picked up pre-installed with Windows 7 as well, in a dual boot configuration.

Said to be an ideal workstation for professionals, the slate is accompanied by a digitizer pen from Wacom which employs 512 levels of pressure sensitivity. Additionally, the company has thrown in the ForceGlass interface that provides a paper-emulating drawing surface. The hardware incorporated here is said to be the same used in a new 13.3-inch MacBook Pro laptop. 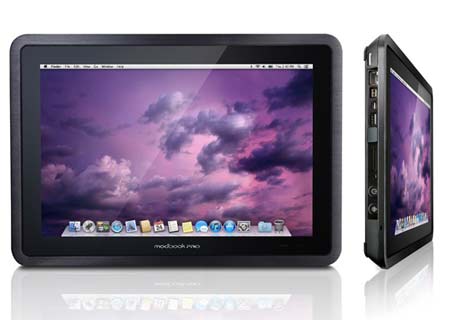 The first Modbook make its appearance back in 2007 with a 13-inch display and stylus input support. This next generation version was unveiled in June and it runs on the OS X 10.8 platform a.k.a Mountain Lion. As stated earlier, users can setup the device to boot natively into Windows 7 or as a secondary OS. In recent developments, the company dropped the idea of having mechanical drives cater to memory needs and have replaced them with Nishara- and Sanshara-class SSDs for better performance.

While the 15-inch MacBook Pro with Retina display costs $2,199 and above, the Modbook Pro tablet will have potential buyers shelling out $3,499. The device’s release date is set for mid-November and it’s now up for pre-order through the recently launched ModbookShop.com website.

Detailed specifications are as follows: