Modai phone gets up close and personal 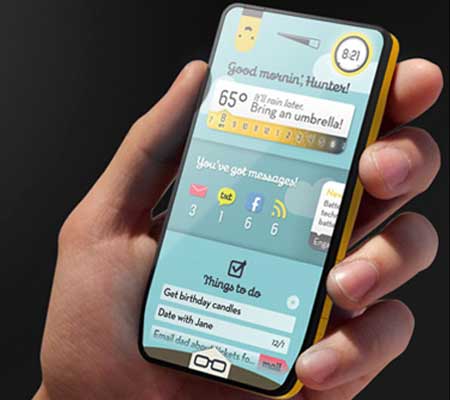 The Modai phone is here because technology rarely takes the user-gadget relationship to a personal level, though Apple does seem to be trying the hard with Siri. The concept device we’re talking about, brings in an avatar to guide users through the day and allows switching between work as well as personal screens amongst other features.

If the idea sounds like fun, then this BFF phone should catapult it to a whole new level with the incorporated Peelstand design with muscle-wire embedded santoprene. With the help of this stand, the gadget will apparently be able move on its own and fans shouldn’t let their imaginations run wild at this since it can only ‘wake up’ or simply sleep on a tabletop. Through the night the Modai slowly begins to incline upwards and finally ‘rises up’ in the morning to sound the alarm. Users can simply push it back to put the phone in sleep mode. 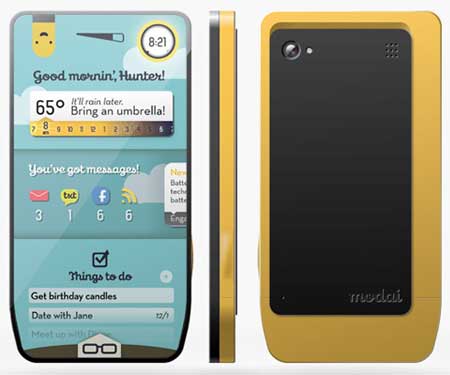 A post on Yanko Design shares that the concept also facilitates switching between a social screen dubbed as Fundai and a work screen referred to as Prodai. This should make managing content easier especially, for the corporate brigade out there. As mentioned before, there is a small avatar in tow which informs users about the weather and churns out bus schedules as well as sports expressions to reveal the device’s status.

Additionally, the modular internal pack within the phone can be replaced to upgrade the handset’s camera, battery, processor and RAM amongst other hardware. This feature eliminates the need to switch to another phone for updated specs and users can continue to stick by their digital friends for a long time.

The Modai phone is a concept that could take shape sometime in the future. So no luck on the likely pricing details.