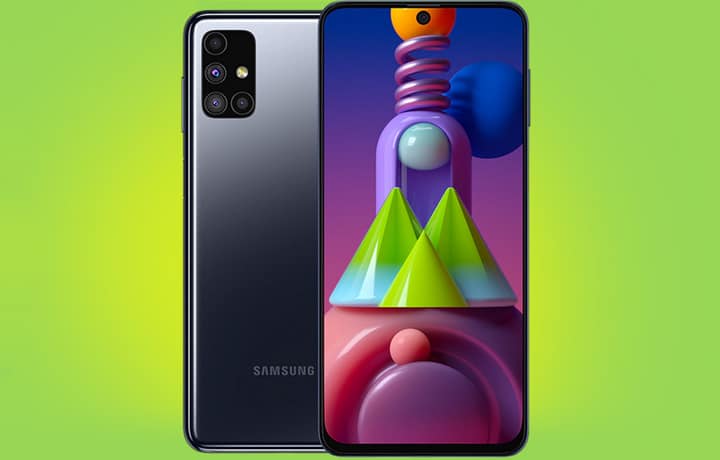 Samsung has debuted its mid-premium Galaxy M51 with an industry-first 7000mAh battery in Germany ahead of its expected launch in India in the second week of September.

Powered by Qualcomm Snapdragon 730G Octa-Core processor, the phone comes with 6GB of RAM and 128GB of storage expandable to 512GB via microSD card.

The phone is available for pre-order at 360 euros. The massive battery is the highlight of the phone which also brings 25 watt super fast charging capability.

It has a 6.7-inch Infinity-O display with Super AMOLED Plus technology.

The quad-camera setup at the back features a 64MP main camera, 12MP ultra wide angle camera with 123-degree field of view, a 5MP macro shooter and a 5MP depth sensor.

Samsung captured 35 per cent share in the European smartphone market in Q2 of this year, ahead of Apple’s 17 per cent and Huawei’s 16 per cent, according to a Counterpoint Research report.