TechShout
Home Mobile Phones Popular Mobile Brands Back in Business After Spate of Anti-Chinese Sentiments in... 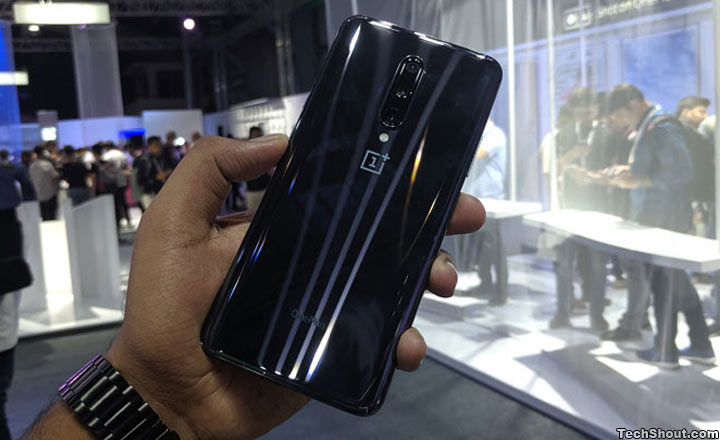 While social media and its troll armies are brutal most of the times, it is also a blessing in disguise for those who wish to just let bad feelings vanish quickly so that things can be brought back on track. This is exactly what happened with Chinese smartphone brands who are now witnessing business as usual in India after a turbulent anti-China sentiment rally in past days.

With the military aggression by China over the Line of Actual Control (LAC), which left 20 Indian soldiers killed last month, the consumer sentiment ran high amid growing chorus for boycotting Chinese goods in the country.

The anti-China sentiments are still out there but when it comes to the mobile industry, in the absence of any equal or superior alternatives, Indians have no choice but to make a beeline for the affordable, premium and feature-packed Chinese devices which Indian MILK (Micromax, Intex, Lava and Karbonn) brands cannot match.

The sales are coming back to normal, the Chinese brand CEOs are more mellowed and now focused on the job at hand, the numbers are moving north again and fresh launches are making headlines once again.

Pankaj Mohindroo, Chairman of the India Cellular and Electronics Association (ICEA), told IANS recently that people will make a beeline for smartphones as they “realize the great value of it now” so the demand “will stay healthy for the entry-level and premium phones” as the country unlocks.

According to Faisal Kawoosa, Founder & Chief Analyst of market intelligence firm techARC, the anger against Chinese brands was more social media-centric than on the actual ground.

“There are two factors why the anti-China sentiments did not convert into an impactful movement. First, in the growth segment of Rs 15,000-Rs 35,000, you don’t have non-Chinese options other than Samsung. If anyone was looking for a smartphone, four out of five times, he or she would have no choice but to buy a Chinese brand,” Kawoosa told IANS.

“Second factor is that right now, nine out of 10 buyers are looking for a smartphone out of an emergency. There could be reasons like phones completely conked off or looking for a device to let kids attend online classes etc,” he added.

The stark truth is that the mobile supply chain has deep roots in China and Indian brands have nowhere to be seen and just a eLocal ke liye Vocal’ call is not sufficient unless things start moving on the ground.

Not just Chinese brands, the fluid market situation has also allowed non-Chinese brands like Samsung, Apple, Nokia, Asus and others to realign their strategies and regain the lost market share in the face of fierce Chinese competition.

According to Counterpoint Research, Chinese smartphone brands captured 72 per cent of the India market in 2019, compared to 60 per cent a year ago.

In the second quarter (April-June) that was heavily impacted by the lock-downs, Xiaomi led with 31 per cent overall market share, shipping 5.3 million smartphone units, according to market research firm Canalys.

Vivo maintained the second position, shipping 3.7 million units, and grew its market share to 21.3 per cent from 19.9 per cent in Q1. Samsung was third, with 2.9 million smartphones being shipped to the country.

Tarun Pathak, Associate Director at Counterpoint, said that the anti-Chinese sentiments are there but due to lack of options, the sales of all brands are now improving.

“We have seen several fresh launches from Chinese OEMs in the last few days, be it Xiaomi, Realme, Vivo and now OnePlus with its affordable premium ‘Nord’ brand. The momentum is returning after a severely impacted second quarter and the demand is now stabilizing,” Pathak told IANS.

What about the eLocal ke liye Vocal’ call?

“I think we have to take a more rationale call. Let us first see how much value addition can be achieved within India and encourage all players in the game to go for local procurement in such cases. This way at least whatever is available in India can be consumed reducing the dependency on non-local products,” explained Kawoosa.

The country should not project eLocal ke liye Vocal’ as something which is against any country or brand.

“Rather, we must encourage the creation of a system where even non-local companies contribute significantly. We cannot simply discount the infrastructure, expertise and experience China has built over the years in electronics manufacturing. Even for the eVocal ke liye Local’ call, we will have to have deeper ties with the Chinese manufacturing ecosystem,” Kawoosa elaborated.