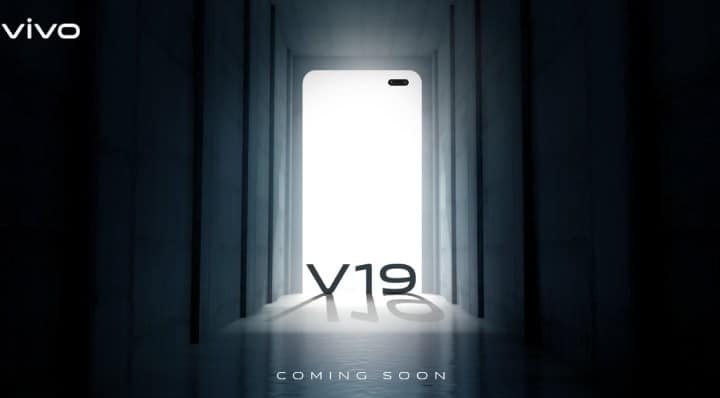 March 26 has officially been declared to be the Indian launch date of the Vivo V19 smartphone. This successor to the V17 will most likely be unveiled in an online-event, given the several precautions that are being taken in the face of the coronavirus outbreak that has gripped the world. A handset of the same name was launched in Indonesia earlier this month, but the one that’s coming to India is different from that one.

Vivo India made the announcement through Twitter, with a graphic showing the outline of the V19 and a ‘Coming Soon’ sign placed below it. The text of this tweet clearly mentions that March 26 is the date on which it’s headed into India. As per a recent leak unfurled by 91Mobiles, the device is expected to be priced around Rs 25000 for its base variant that will come with 8GB of RAM and 128GB of storage.

The same report also revealed a bunch of other specifications of the smartphone. The Vivo V19 is expected to ship with a 6.44-inch AMOLED display with full-HD+ resolution. Underneath this panel will be a fingerprint scanner, while the phone’s operations will be handled by the mid-range Qualcomm Snapdragon 712 chipset. A 4500mAh battery could also form part of its offerings, apart from 33W fast charging support.

Coming to the cameras, it could grab a quad camera setup featuring a 48MP main unit, an 8MP ultra wide-angle snapper, a 2MP macro camera and a 2MP depth sensor. The dual hole-punch on its front will apparently play home to a 32MP main unit and an 8MP wide-angle camera.

While these are speculations based on a recent leak, we don’t have to wait for long to know whether they are true. Stay tuned until March 26 to know more about the Vivo V19.