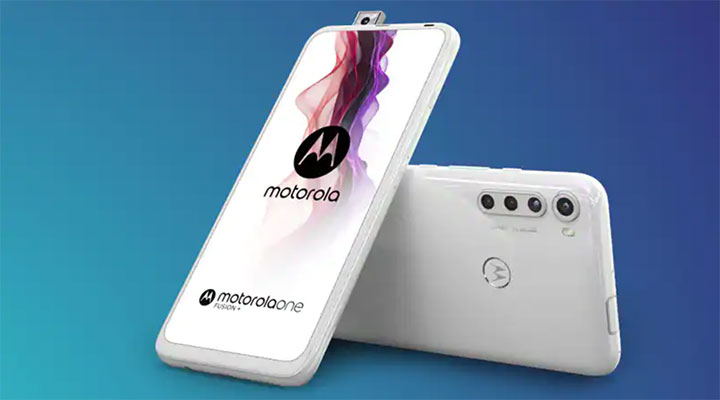 Motorola on Tuesday launched a new mid-range smartphone Motorola One Fusion+ featuring a quad-camera system along with a massive 5000mAh battery for Rs 16,999 in India.

The Motorola One Fusion+ will be available in two color options – twilight blue and moonlight white. It will go on sale via Flipkart starting 12 noon on June 24.

The device is powered by the Snapdragon 730G, which is an octa-core chipset, clocked at 2.2GHz, with Adreno 618 GPU. Assisting the processor is 6GB RAM and 128GB built-in storage, expandable up to 1TB with a microSD card.

The Motorola phone sports a quad-camera array on the rear, with an LED flash. The setup includes a 64MP primary sensor accompanied by an 8MP ultra-wide-angle lens a 5MP macro lens, and a 2MP depth sensor. The device also has a 16MP pop-up selfie camera.

The Motorola One Fusion+ runs on stock Android 10 and there is also a dedicated Google Assistant button that can be triggered in a single tap.