TechShout
Home Mobile Phones Realme Narzo 10, Narzo 10A Launched In India To Be On Sale... 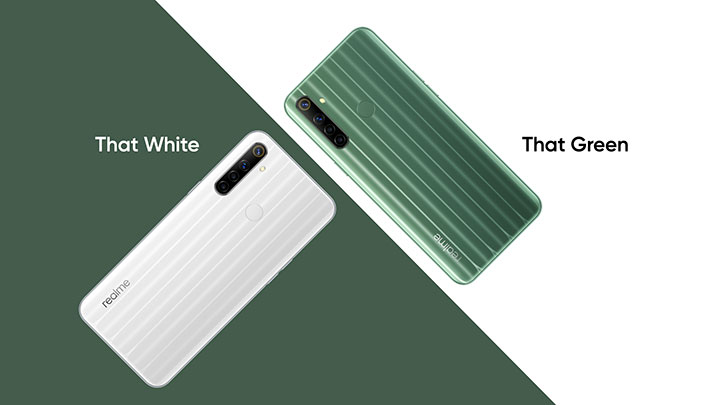 Realme on Monday launched Narzo 10 and Narzo 10A smartphones in India via an online event.

Realme Narzo 10 will be available in 4GB+128GB variant for Rs 11,999. The first online sale will start on May 18 via realme.com and Flipkart, and it will be available at the offline retail stores in select cities as well.

“Narzo series is an attempt to meet the needs of game enthusiasts and performance seekers. Future Narzo phones will be performance-centric phones for young players, with the best processors in its segments,” said Sheth. 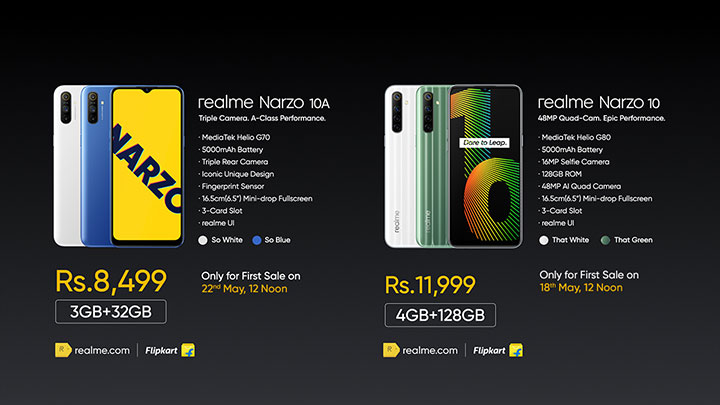 Under the hood, the smartphone is powered by Octa-Core MediaTek Helio G80 12nm processor with ARM Mali-G52 GPU.

There is a 16MP camera at the front, with an f/2.0 aperture for selfies and video calling. The device is backed up by a 5000mAh battery with 18W quick charge.

The smartphone runs on Realme UI based on Android 10 and comes equipped with a rear fingerprint sensor.

Realme Narzo 10A sports a 6.5-inch HD+ display with a screen resolution of 1600 x 720 pixels and Corning Gorilla Glass 3 protection.

The Narzo phone is powered by a 2.0 GHz octa-core MediaTek Helio G70 processor, paired with 3GB of RAM.

The water drop-notch at the front houses a 5MP selfie camera. The Narzo phone houses a 5,000mAh battery, which comes with 10W fast charging support and runs on Android 10 with Realme UI running on top of it.