TechShout
Home Mobile Phones Nokia 5310 Back in a New Avatar 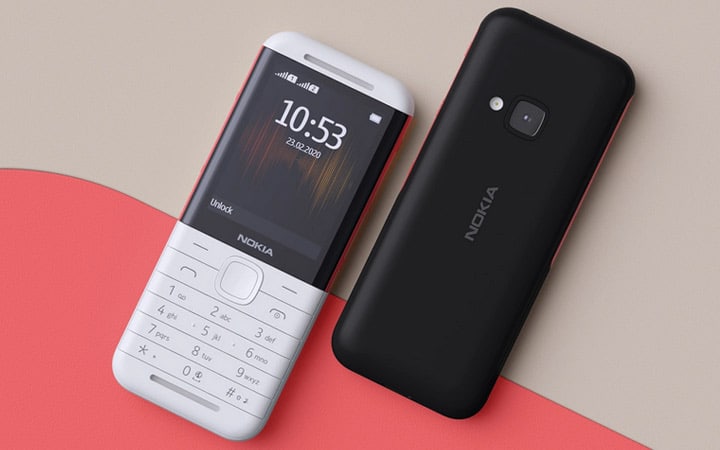 HMD Global-owned Nokia brand has brought back the nostalgia-filled feature phone ‘Nokia 5310′ in a new avatar for its Indian fans.

Reimagining the original Nokia ‘5310 Xpress Music’ which was launched in 2007, the ‘Nokia 5310′ brings with it an MP3 player and FM radio (which can be played wired or wireless), combined with powerful dual front-facing speakers.

The Nokia 5310 price in India has been set at Rs 3,399. The phone will be available in black/red and white/red color options.

Here is what this new feature phone offers as smartphones take over our lives.

Nokia 5310 is for those who love streaming music. The phone has dedicated music buttons on either side of the display to let you control the volume and the audio playback functions.

One of the highlights is ‘FM Radio’ which is capable of running without a headset unlike the other phones.

The feature phone comes with an updated design as compared to the original handset.

The new Nokia 5310 has a rounded design and a curved display glass. It has a numeric keypad, with a five-way navigation key.

Bottom of the phone is clean and has a small slit near the back cover to access the battery and SIM section.

At the top of the phone a 3.5mm jack and Micro USB port for charging and data transfer.

At the back, the phone features Nokia branding in the middle and a camera with flash above.

The typing keys on the phone are decent and responsive and did not show any issues.

The new 5310 has a 0.4MP VGA camera, which is actually a step down from the 2MP camera present on the original 5310 XpressMusic.

The camera is just a showpiece and captures barely usable pictures.

The device is powered by MediaTek MT6260A coupled with 8MB along with 16MB internal storage. Its storage can be expanded to 32GB using a microSD card.

On the software front, the Nokia 5310 runs the very old Symbian Series 30+, which made its first appearance in 2014.

Nokia 5310 has a removable battery of 1,200mAh which the company claims that it could last for 20-25 days with a single full charge.

During the review, the battery lasted for more than a week.

Conclusion: No doubt, Nokia 5310 (2020) is a good choice for someone planning to buy a decent feature phone.

However, when compared to the JioPhone which is comparatively cheaper (plus it supports LTE and sports a 2MP rear camera), the new Nokia