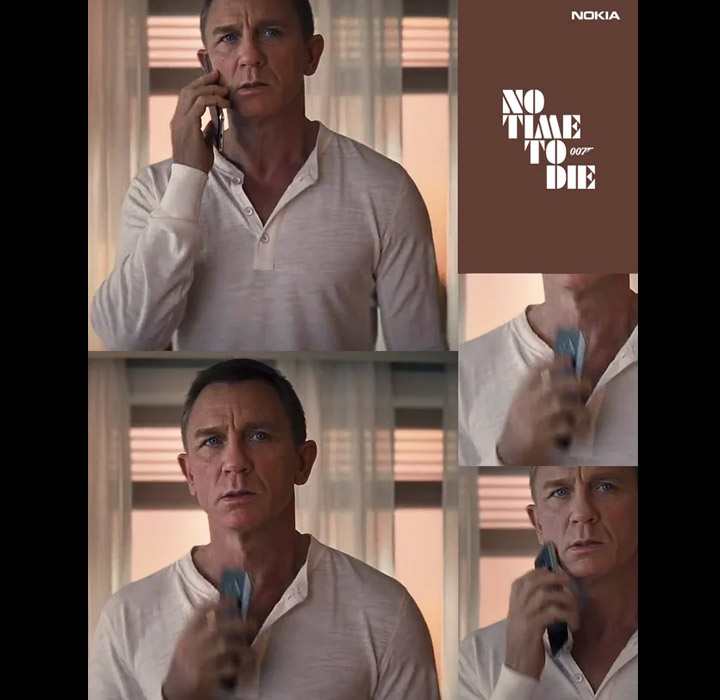 The Nokia 8.2 which will be the well-loved brand’s first 5G smartphone, is lined up to appear in the new James Bond ‘No Time to Die’ movie. Sadly, the film’s world premiere has been pushed from the end of this month to November 2020 due to the COVID-19 outbreak.

HMD Global who owns the Nokia brand had announced that a commercial featuring the upcoming 5G phone would be released on March 8. The Nokia 8.2 itself is expected to be unveiled later on March 19. And then the publicity machinery was supposed to chug on merrily with the device showing up in No Time to Die.

It’s not a stretch to note that things aren’t working out smoothly for the debut of the Nokia 8.2 5G. Juno Sarvikas, Chief Product Officer at HMD, had tweeted a clip hinting at the company’s partnership with the James Bond franchise. This means 007 has given his Sony phone the boot.

All of HMD’s enthusiastic Bond-related marketing for the Nokia 8.2 5G would have packed more of a punch if the movie had been released almost concurrently. We mean, is anyone gonna make much of a mental note when spotting the phone in No Time to Die seven months after the device’s launch?

GSMArena says the Nokia 7.2 and Nokia 3310 4G will appear in the Bond film too. There is no information in terms of the specifications of the Nokia 8.2 apart from the fact that it can work on 5G networks. So all you can do is enjoy these sneak shots of the handset posted by a Reddit user.