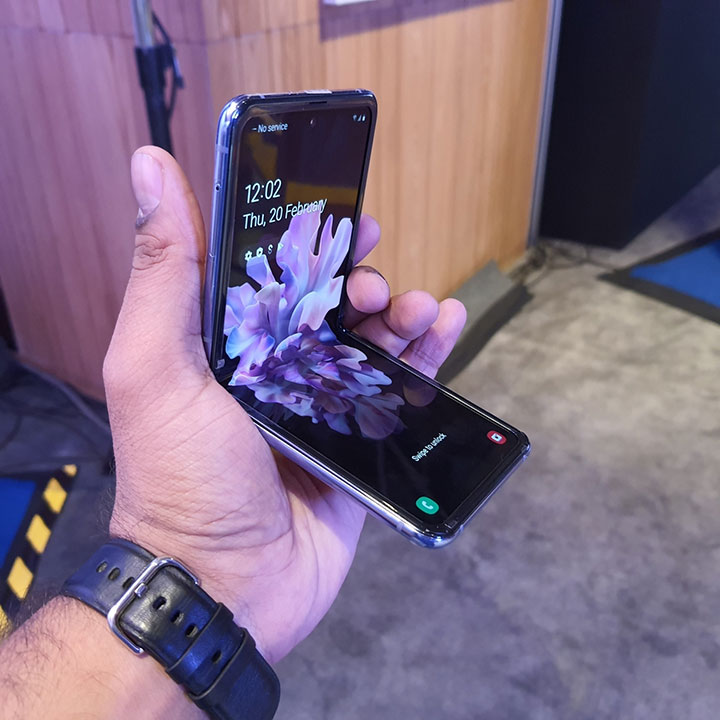 Samsung has filed a new patent for the upcoming Galaxy Z Flip smartphone with a triple-camera module at the back.

According to the design patent filed at WIPO (World Intellectual Property Office), Samsung is looking into two potential designs, both of which include a triple-camera module on the back, reports GSMArena.

The Model A would feature a familiar design with horizontal camera placement whereas Model B adopts a vertical stack giving much more room for the mini OLED screen.

The company is also expected to launch Galaxy Fold 2 later this year and the device may come in martian green as well as astro blue colour variants, ditching the S-Pen this time.

The device is expected to hit the market in Q3 2020, and may be launched alongside the Samsung Galaxy Note 20 in August.

Galaxy Fold 2 could offer a larger cover display than the 4.6-inch screen on the original Samsung Galaxy Fold.