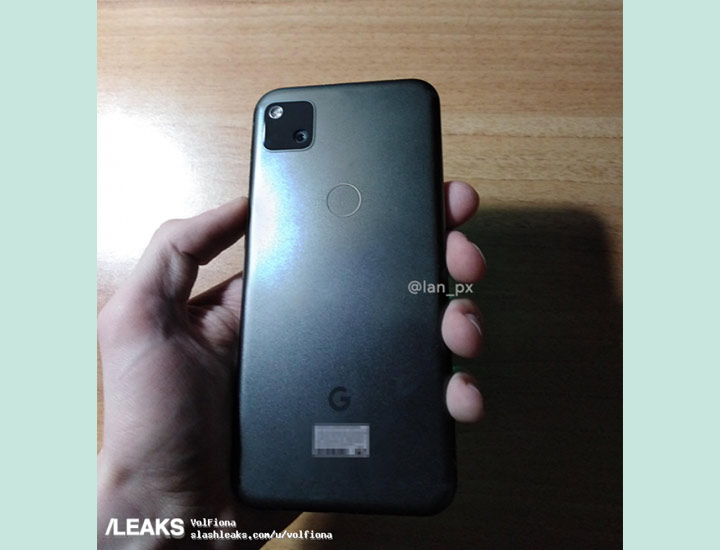 Google Pixel 4a images have been hard to come by which is why a new leak showing the phone in its full glory is making so many ripples. Google’s mid-range Pixel devices, the 3a and the 3a XL, have been very popular among folks searching for a fairly priced handset with a good camera.

So it’s no surprise that the company is planning to launch iterations of the same. As you can see from the images (above and below) published on Slashleaks by an unnamed tipster, the Pixel 4a appears to sport a punch-hole style front camera on the upper left-hand side of its display. 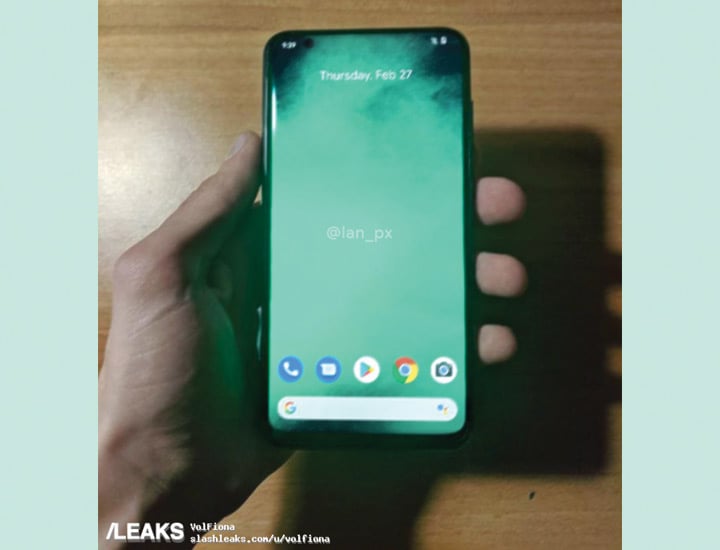 The rear is given to what looks to be the fingerprint sensor on the upper half and a Google logo in the bottom area. The images appear to be real enough at first glance. The only problem is the squarish, raised bit on the upper left side which features a single camera and one flash unit placed diagonally from each other.

Seems a bit unnecessary to have an entire square area elevated on the rear side only to use about 50 percent of it for the lens and flash. It suggests the possibility that either Google is trying to unify its Pixel phone design aesthetic from now on or the authenticity of these photos cannot be verified.

There’s very little to chew over in terms of specs. All we can surmise is that the Google Pixel 4a (and possibly the 4a XL if there’s one) will integrate a mid-range Qualcomm Snapdragon processor, Android 10 and a USB Type-C port. The launch date for the device is not known, although its predecessor was announced at the Google I/O conference last year.

Although this year’s devcon has been cancelled due to the COVID-19 outbreak, it’s possible that the rumored Pixel 4a and Pixel 4a XL will still be announced on May 12. According to Nikkei Asian Review, Google is expected to start manufacturing its 4a series in Vietnam instead of China because of the ongoing public health emergency.

So its consumer release might stay on track. The only other major threat the Google Pixel 4a faces is the mid-priced iPhone 2020 which is allegedly going to be showcased by Apple by the end of March.