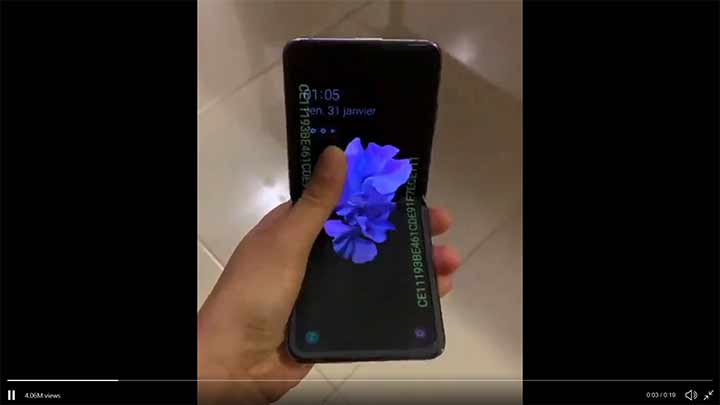 An alleged video of Samsung’s forthcoming foldable clamshell device, widely reported to be called the Galaxy Z Flip has surfaced online that gives a look into the phone.

With reports suggesting that the South Korean giant’s next folding phone is likely to be announced this month, famous leakster Ben Geskin has posted a short clip purportedly showing the phone said to be called the Galaxy Z Flip, in action on Twitter.

It’s not clear where the video originated from, The Verge reported on Sunday.

The footage doesn’t show a great deal more than what we’ve already seen in leaked photos and renders — we still can’t tell whether the phone is using a new form of “ultra-thin glass” from Samsung.

But if you’ve been wondering how the Samsung Z Flip might work out in practice, it may well be of interest. The phone does look like it might be quite a bit easier to slip into a pocket or handbag than pretty much anything else out there — except maybe Motorola’s similar upcoming Razr, the report added.