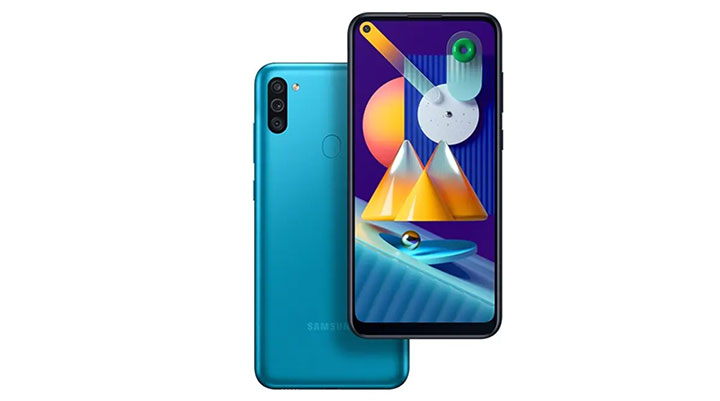 Galaxy M11 will be available in metallic blue, black and violet colours.

Samsung Galaxy M11 and M01 will be available across all Samsung offline stores as well as on Samsung.com and e-commerce portals such as Amazon.in and Flipkart starting Tuesday, the company said in a statement.

“With the launch of Galaxy M11 and Galaxy M01, we are delighted to take the legacy forward to the next level. The new proposition offers unprecedented style and experience to our aspirational Gen Z and millennial consumers, while delivering the best of everything in their device,” said Aditya Babbar, Director, Mobile Business, Samsung India.

Galaxy M11 comes with a 6.4-inch HD+ Infinity-O display, 15W fast charger and features a rear fingerprint scanner for device security. The storage is expandable to 512GB via a Micro-SD card.

The triple rear camera on Galaxy M11 has a 13MP main sensor, 5MP ultra-wide camera with a 115-degree field of view and a dedicated 2MP depth camera with a Live Focus feature. The device sports an 8MP front camera for bright selfies.

Galaxy M01 comes with a 5.7-inch HD+ Infinity-V display and a 13/2 MP dual rear camera for taking clear photos. The device has a 5MP front-facing camera for selfies.

Galaxy M01 comes with a face unlock feature and its storage is expandable to 512GB via Micro SD.

Both smartphones come with Dolby ATMOS technology that gives a surround sound experience for users.