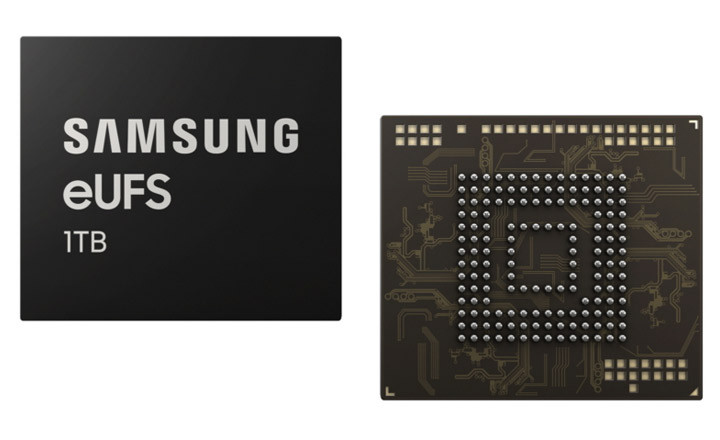 Samsung on Wednesday announced it is ready with the world’s first one-terabyte (TB) chip for smartphones, with mass production already underway, and the mobile manufacturers globally will be able to have 1TB of internal storage with a single flash memory chip in their devices.

Within the same size (11.5mm x 13mm), the 1TB chip doubles the capacity of the previous 512GB version by combining 16 stacked layers of Samsung’s most advanced “V-NAND” flash memory and a newly-developed proprietary controller.

Smartphone users will now be able to store 260 10-minute videos in 4K UHD format with 1TB eUFS (embedded Universal Flash Storage), whereas the 64GB smartphones are capable of storing 13 videos of the same size, the company said in a statement.

“The 1TB eUFS is expected to play a critical role in bringing a more notebook-like user experience to the next generation of mobile devices,” said Cheol Choi, Executive Vice President of Memory Sales and Marketing at Samsung Electronics.

“Samsung is committed to assuring the most reliable supply chain and adequate production quantities to support the timely launches of upcoming flagship smartphones in accelerating growth of the global mobile market,” Choi added.

At up to 1,000Mb/s, the new chip features approximately twice the sequential read speed of a typical 2.5-inch SATA SSD. The company said it plans to expand the production of its fifth-generation 512GB V-NAND chip at its Pyeongtaek plant in South Korea throughout the first half of 2019 to fully address the anticipated strong demand.