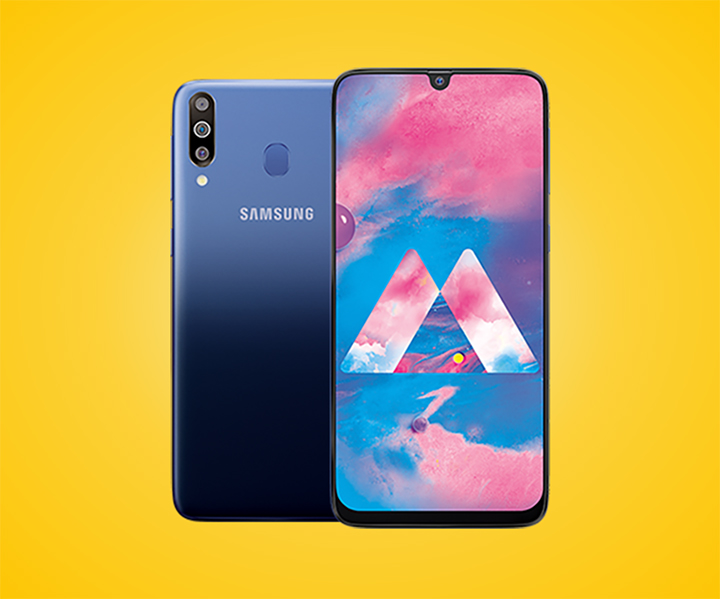 Samsung India on Wednesday launched Galaxy M30, a new model in its Galaxy ‘M’ line-up of smartphones that made their global debut in the country in January.

Priced at Rs 17,990 for the 6GB RAM+128GB storage variant and Rs 14,990 for the 4GB RAM+64GB variant, the smartphone would be available in dual tone gradation black and gradation blue colours.

The Galaxy M30 will be available on Amazon India and Samsung.com starting March 5.

“Galaxy M30 is for the most discerning Indian millennials. The alpha young consumers, who are looking for peak power in every aspect from their smartphones, need not look beyond the Galaxy M30,” Asim Warsi, Senior Vice-President, Samsung India, said in a statement.

Designed for millennials, the device comes with triple rear cameras, super AMOLED infinity U display and a 5,000mAh battery with fast charge.

The Galaxy M30 also has a dedicated storage slot that lets users expand storage up to 512GB.