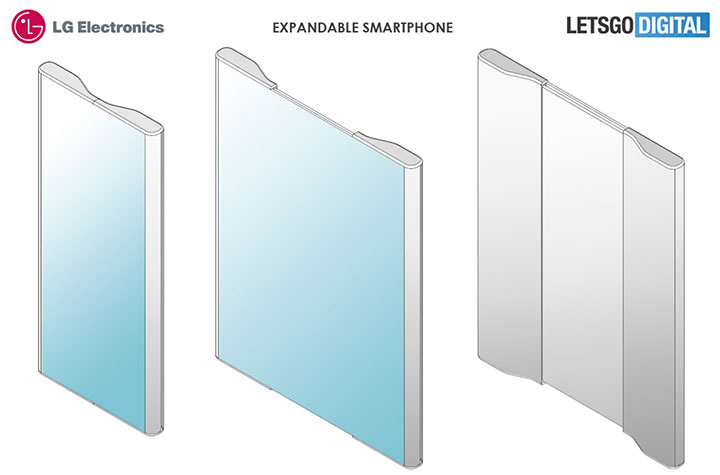 LG has patented a new handset with an extendable display that doubles the screen surface. The LG patent has been registered with the WIPO (World Intellectual Property Office) and was published on November 15 with some sketches.

The LG extendable display phone looks like a standard smartphone, but the screen can be extended to both sides, making the display wider, according to the news portal GizmoChina on Monday. The device seemed a lot more like an e-reader than a smartphone, it added.

LG is also working on a smartphone with a rollable display.

As per the sketches of the device on LetsGoDigital, the display is so large that it can be rolled up twice around the device’s housing, and one would be able to roll it out as much as they want.