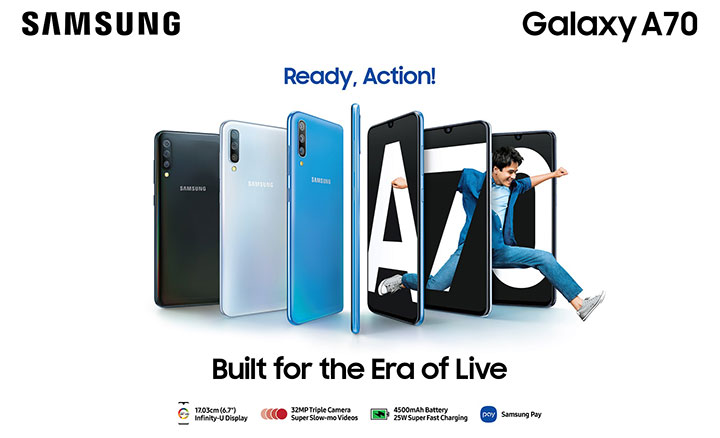 Samsung India on Wednesday announced Galaxy A70, earlier than its reported launch next week, which is the sixth smartphone in the popular Galaxy A series.

Consumers who pre-book can purchase Samsung U Flex, a premium Bluetooth device worth Rs 3,799 for Rs 999 only, the company said in a statement.

“Our recently launched Galaxy A line has seen unprecedented success since its launch. It has reached a milestone of $500 million in sales within 40 days of launch,” said Ranjivjit Singh, Senior Vice President and Chief Marketing Officer of Samsung India.

The device has a 4500mAh battery with 25W super-fast charging capability.

“With its best-in-class display, Samsung Pay, path-breaking triple rear camera and top-notch processor, the Galaxy A70 is all about the experience,” Singh added.

For Selfie buffs, there is a 32MP front camera with features like AR-Emoji and Selfie-Focus.