TechShout
Home Mobile Phones Realme Developing A 90Hz Display Smartphone That Will Be Cheaper Than OnePlus... 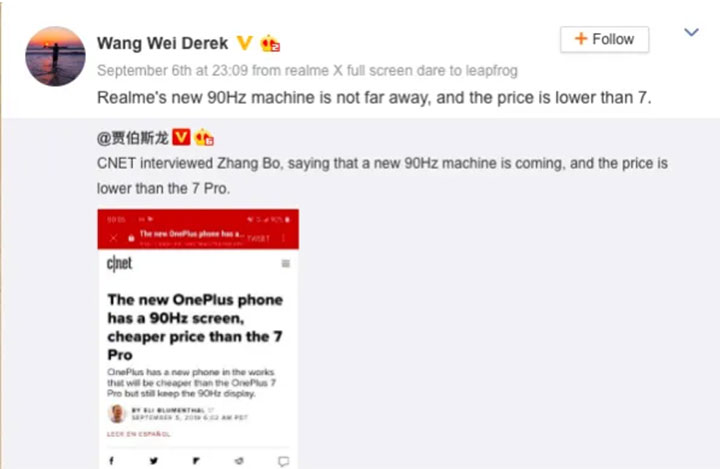 Realme has confirmed that it would launch a smartphone with a 90Hz display.

Realme’s product manager Wang Derek took to Weibo to confirm that the company’s 90Hz display smartphone was not far away. He did not reveal any specifications of the upcoming device but said that it would be cheaper than the OnePlus 7, news portal GSMArena reported on Saturday.

As per the report, the smartphone might be the rumored Realme XT Pro and would feature a 6.4-inch FHD+ AMOLED notched display.

The device is expected to have a Snapdragon 730G SoC under the hood with 8GB RAM and 128GB storage.

In terms of optics, the device would house a 32MP selfie shooter and a 64MP main camera, an 8MP ultra-wide, 2MP macro and 2MP depth sensor at the back.