Essential Products CEO Andy Rubin, in a series of tweets, has shown a prototype of what could be the firm’s next Essential Phone.

The prototype images posted by Rubin on twitter show a very narrow candy bar-style touchscreen device that could most likely be the next Essential Phone.

There is a front-facing hole-punch camera in the top-left corner with primary navigation (back button and pill) seemingly at the top instead of the bottom.

A narrow bezel frames the entire screen and you can see a small speaker grill at the top edge, 9to5Google reported on Tuesday.

Essential had confirmed last month that its second device was ‘in testing’ after some specifications emerged.

You may also like: Essential Phone Gets a Price Cut Following Poor Sales
The device images also seem to show a large button and volume rocker on the right edge and a fingerprint divot around the rear, below what appears to be a single main camera. 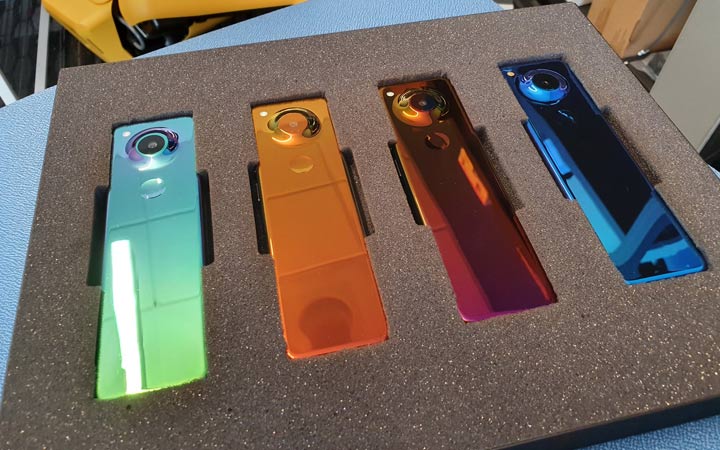 The original Essential Phone that debuted in 2017 was known for its flashy design, including a sea green color variant with gold accents known as Ocean Depths.