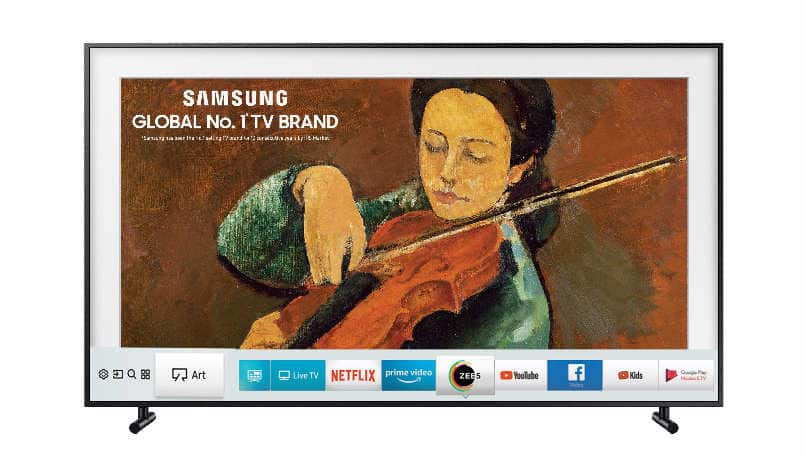 Samsung on Tuesday launched its online exclusive range of TVs — the 55-inch 4K The Frame and two variants of ‘Smart 7-in-1’ in India.

Samsung The Frame TV offers QLED technology and transforms the TV into a picture frame that can show 1,000+ artworks, the company claimed.

It also has in-built motion and brightness sensors. When not being used as a TV, it moves into ‘Art Mode’ and displays digital pieces of art to turn an everyday living space into an art gallery.

The new Samsung Smart 7-in-1 range of TVs are equipped with seven ultra-smart innovations.

They come with a content guide that shows and recommends content and pre-built video-on-demand apps such as Netflix, Prime Video and Zee5.