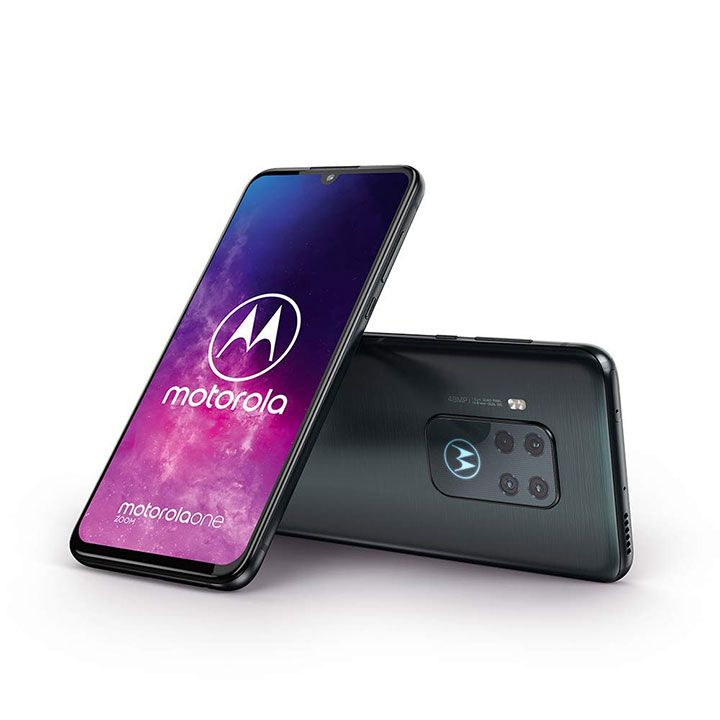 Lenovo-owned Motorola has introduced Motorola One Zoom that comes with a four-camera set up at the rear and 3D satin glass on the back that “virtually eliminates” the problem of finger grease that often builds up in phones with a glass finish.

Unveiled at IFA 2019 late on Thursday, the Motorola one Zoom camera system features a 48MP main sensor, an 8MP telephoto camera with 3x optical zoom, a 16MP wide-angle camera that snaps a 117-degree field of view and a 5MP depth sensor. It also features a 25MP front shooter.

Motorola One Zoom, announced at a starting price of 429 euros (around Rs 34,000), packs a 4000 mh battery and is equipped with a biometric sensor which is conveniently located underneath the 6.4-inch full HD Plus OLED display.

The iconic Motorola logo is featured on the back of the device. It illuminates in different ways to tell users whether they have got a phone call or a text message in order to notify them without being disturbed. Motorola One Zoom runs Android 9 OS.

Motorola claims that the 4000 mh battery can last up to two days. The phone will be available in three colors — grey, bronze, and cosmic purple.

Motorola also introduced the newest addition to the Moto E family — the Moto E6 Plus — which features the first-ever dual-camera system on a Moto E device.