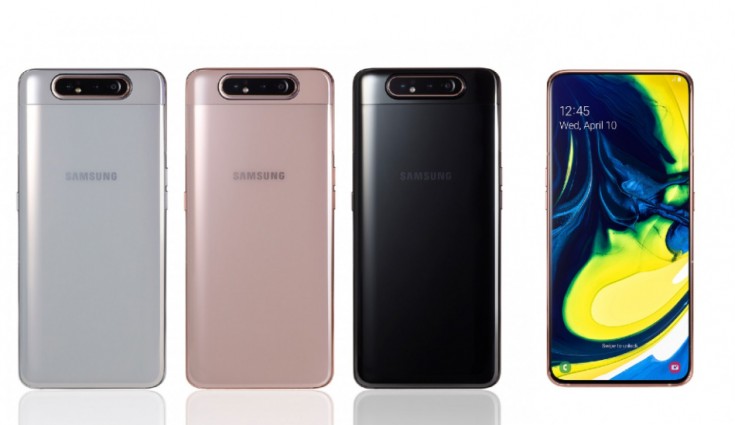 Targeting Gen Z and millennials, South Korean tech giant Samsung is all set to launch its new Galaxy “A series” smartphone A80 with a rotating triple camera system and a full-screen display in India this month.

According to Yeon Jeong Kim, head of innovation, product planning group at Samsung Electronics, India is one of the biggest and fast-changing smartphone markets for the company.

“Our target is to maintain the top position in the Indian smartphone market. If we win the Indian market, we can win any global market. Indians love technology, therefore, we launch many of our products here and would continue to do so,” Yeon told IANS.

Samsung sold a record five million units of Galaxy “A series” phones in just 70 days, starting March 1, achieving $1 billion revenue. The company has so far launched six models in the Galaxy A series which includes Galaxy A50, A30, A20, A10, A70, and A2 Core.

Unlike the Galaxy M-series models that are designed for online-first customers and sold exclusively online, the upcoming A80 will not be exclusively for online channels.

“Our aim is to make Galaxy A series a $4-billion brand in India this year. We are now on track to exceed our target,” Ranjivjit Singh, Chief Marketing Officer, and Senior Vice-President, Samsung India, had told IANS in an earlier interview.

“A80” device features a 48MP camera with LED flash and f/2.0 aperture, as well as an 8MP 123-degree ultra-wide angle camera rotating camera.

The Samsung Galaxy A80 is likely to have a 6.7-inch Full HD+ Infinity-U Super AMOLED display with 2400×1080 pixels screen resolution and 20:9 aspect ratio.

Under the hood, the device is powered by the newly-announced Snapdragon 730G processor, coupled with Adreno 618 GPU.

The Samsung Galaxy A80 runs Android 9 Pie with Samsung One UI and is powered by a 3700mAh battery that supports 25W super fast charging.