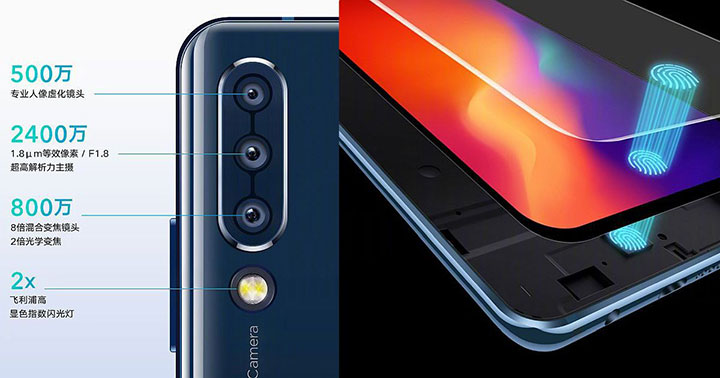 Lenovo Z6 will come with HDR10 and DCI-P3 wide color gamut support and 600nits of brightness.

In addition, the device would feature a sixth-generation in-display fingerprint scanner which claims to unlock the device in just 0.13 seconds.

It is expected to be fuelled by a 4,000mAh battery with support for 15W Quick Charge 3.0 quick charging innovation and would come with 8nm Qualcomm Snapdragon 730 Mobile Platform.

In terms of optics, the device would house a triple rear camera setup with the combination of a 24MP primary camera, a 5MP secondary sensor, and an 8MP tertiary camera sensor. For the front panel, the smartphone will feature a 16MP camera for selfies and video calling.