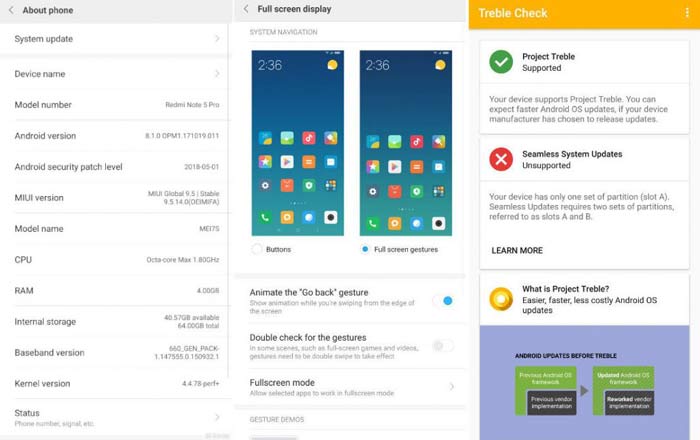 Xiaomi has officially begun rolling out its Android Oreo update to the Redmi Note 5 Pro. The handset ran on Android 7.1.2 Nougat upon its launch in February, one of its main drawbacks.

To recall, Xiaomi had actually announced the Oreo rollout for the Redmi Note 5 Pro last month. However, it canceled the upgrade and deleted the post after the build ran into some trouble. The brand now has a new post up on its forums about the update to Android O.

It’ll be arriving in the form of MIUI 9.5 in phases for Redmi Note 5 Pro users starting from 29 June. The build is being rolled out slowly, so it won’t reach everyone at the same time. FoneArena reports that the upgrade comes with the version number MIUI 9.5.14.0.OEIMIFA and introduces Android 8.1 Oreo to the handset.

MIUI 9.5.14.0.OEIMIFA also fine tunes the dual 4G function and MIUI 9.5 optimization. Owners can check if they’ve gotten it by going into Settings > About phone > System update > Check for updates. Impatient souls can manually install it by downloading the Recovery ROM here and utilizing the Updater app.

Xiaomi has a separate MIUI 9.5.11.0.OEIMIFA build in place for those who updated to MIUI 9.5.6.0, only to have it pulled after several people reported that it was making things buggy and unstable. Many experienced performance issues and degraded camera quality.

The report claims that Xiaomi had no intention of rolling out MIUI 9.5.6.0 and the upgrade was accidentally released to the public. In any case, it was deleted in less than an hour. The affected users got promoted to MIUI 9.5.11.0.OEIMIFA earlier this week.