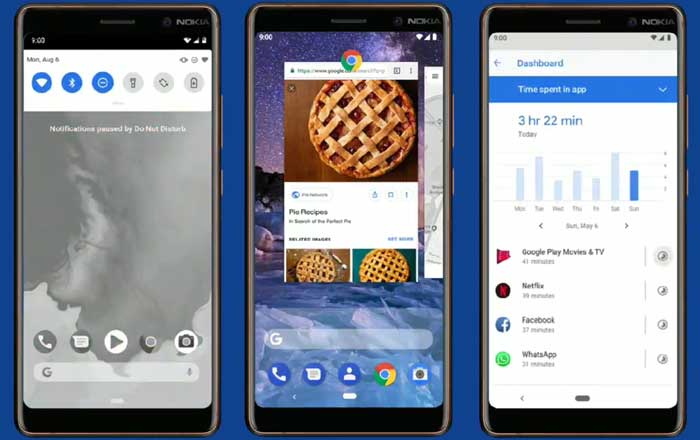 The Nokia 7 Plus has finally received its Android 9.0 Pie update. The company had promised to deliver the promotion by the end of September and it’s made the deadline very narrowly.

It hasn’t been an easy road for the Android One-running Nokia 7 Plus. The company’s Chief Product Officer Juho Sarvikas recently disclosed that the update got delayed because of some tricky certification bugs. He’s now taken to Twitter again to announce that the upgrade is ready and rolling out to everyone.

A second tweet explains that the rollout is happening in a phased manner to ensure quality, so not everyone will receive Pie at the same time. Open markets will get the update first. Operator-locked regions will get it shortly after due to the required approval process.

He also stated that only 10% of its install base will get Android 9.0 before expanding to more Nokia 7 Plus owners. A Twitter user later asked him about the status of the Nokia 6.1’s Pie promotion. Sarvikas told him to “expect that rather soon,” which probably means that others will be getting it soon as well.

The Android 9.0 Pie update comes with the version number 3.22C and weighs in at 1471MB. There are several new changes such as Adaptive Brightness, Predictive Application Actions, navigation gestures, Do No Disturb, a revamped settings menu, and refreshed notifications.

Even Google’s Digital Wellbeing Dashboard will be present. The Nokia 7 Plus joins the ranks of the Google Pixel range, Essential Phone, and OnePlus 6 as one of the few handsets to get updated to Pie more than a month after the software’s launch.

People will get notified about the update when it’s ready for their Nokia 7 Plus. They can alternatively check the software page in their Settings menu.