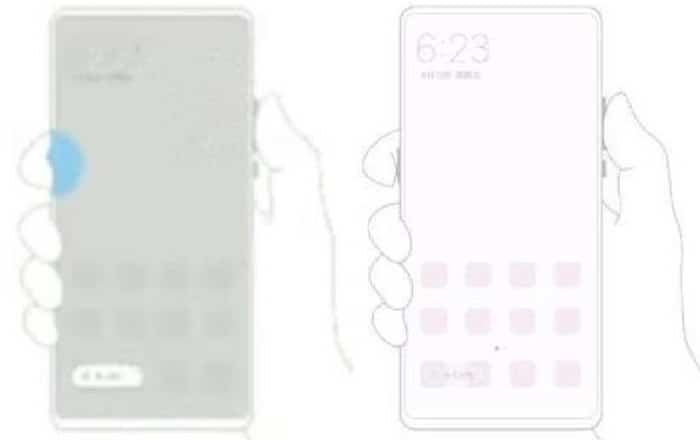 Xiaomi may have accidentally leaked the Mi Mix 3 due to a blunder made by someone on its MIUI 10 team. The software is currently in beta and it seems the company included 2 outlines of a smartphone that looks suspiciously similar to what the Mi Mix 3 is supposed to look like.

Both images depict a device with a dedicated AI button on its left. Xiaomi doesn’t have such a phone out yet, so it’s clearly a new one. It also has very thin bezels all around, with only the chin jutting out a bit more than the rest. There’s no space left for a selfie camera at the top or bottom.

To recall, the previous handsets in the Mi Mix series have had their front-facing lenses in the bottom-right corner. It might be time for a change now that the likes of Oppo and Vivo have completely banished the snapper from the display and moved it to a mechanized pop-up slider.

Xiaomi might just go down the same route, unless it’s found some way to hide the camera underneath the display. That is actually possible, but no one has been able to crack the code just yet.

Previously leaked photos show the smartphone with a pop-up selfie camera and LED flash, so the odds are in this particular setup’s favor. Xiaomi didn’t take long to pull the photos from MIUI 10, leading many to assume that it really was the Mi Mix 3.

Also Read: Xiaomi Mi A2, Mi A2 Lite Android One phones are here!

There’s not a lot known about the Mi Mix 3 at the moment. The brand will probably try to increase the screen-to-body ratio this year just like in previous years.

Xiaomi’s under more pressure than ever now. The series was at the forefront of the bezel-free trend once upon a time, but it’ll now have to compete with several new rivals like the Vivo Nex and Oppo Find X.