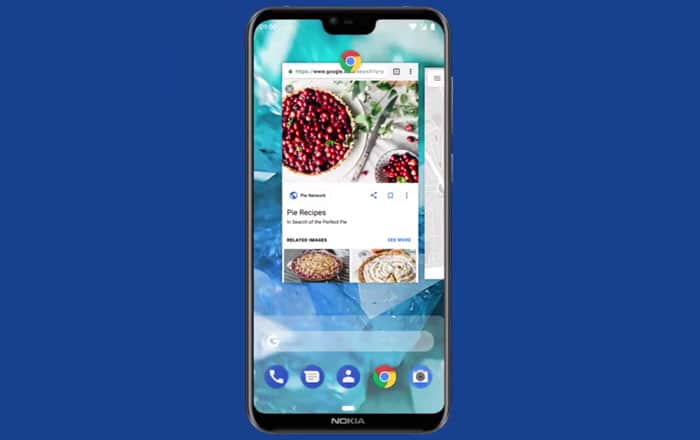 The Nokia 7.1 has officially become the fourth Nokia smartphone to receive Android 9.0 Pie. The Nokia 7 Plus, Nokia 6.1, and Nokia 6.1 Plus have each gotten upgraded in the past and it’s now the 7.1’s turn.

HMD Global had actually promised to roll out Pie for the Nokia 7.1 before the end of November, so it’s making the deadline with just a few days to spare. The brand’s Chief Product Officer Juho Sarvikas tweeted about the update via his Twitter account.

He also cautioned that this will be a phased process, so some countries with longer technical approval cycles won’t get Android 9.0 as soon as the others. This will also allow it test the waters with a small pool of units before allowing the build to reach everyone else.

This isn’t the only major news in connection to the Nokia 7.1 out there. The handset is also getting a dual-SIM 4GB/64GB variant in Europe, as per a Czech seller’s site (via GSMArena). The region had only gotten a 3GB/32GB option before, so the new variant will be welcome to those seeking more memory muscle.

Coincidentally, the Nokia 7.1 is expected to make its way to India soon. HMD Global is hosting an event in the country on December 6. It hasn’t confirmed which devices will be coming, but the Nokia 8.1 and Nokia 7.1 seem very likely.

The Nokia 7.1 first hit the scene in October running Oreo, so HMD Global has made quick work of sending out an upgrade for the handset. Almost all of the company’s phones are part of the Android One program, meaning they’ll get at least 2 years of OS updates and 3 years of security updates.

You can check if your Nokia 7.1 has gotten Android 9.0 Pie by heading to Settings > About phone > System updates > Check for update.