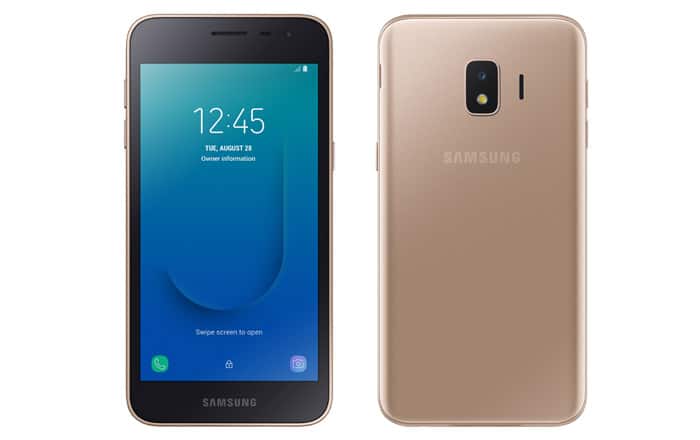 Samsung has officially joined Google’s Android Go bandwagon with the new Galaxy J2 Core. The platform is meant for lightweight phones that don’t offer much in the way of specs, allowing them to run smoothly in spite of limited resources.

The Galaxy J2 Core shouldn’t be mistaken for a Google phone though. Samsung has placed its own UI on top of Android 8.1 Oreo (Go Edition), so it’s the same interface you’d get on other Galaxy phones. This might counter the point of Android Go, however, since the software might get a bit weighed down by the UI on top of the core OS.

Android Go has a number of optimized apps at your service. Applications include YouTube Go, Maps Go, Gmail Go, Assistant Go, and Files Go. These take up less space than the full-sized apps and are supposed to work even when RAM is low and the processor is an entry-level SoC.

Samsung has also included its own Ultra Data Saving feature to help you save up on data costs. The company says it’s pre-loaded the handset with fewer apps so you have up to 1.5 times the storage compared to its previous phones. One major drawback with the device is that it doesn’t have a fingerprint scanner.

Strangely enough, Samsung hasn’t announced how much the Galaxy J2 Core will cost in India. The regular Galaxy J2 (2018) is priced at Rs 7690, so its Android Go counterpart should be around the same or cheaper since it has inferior specs. The phone is going to be available in India and Malaysia first before expanding to other countries.