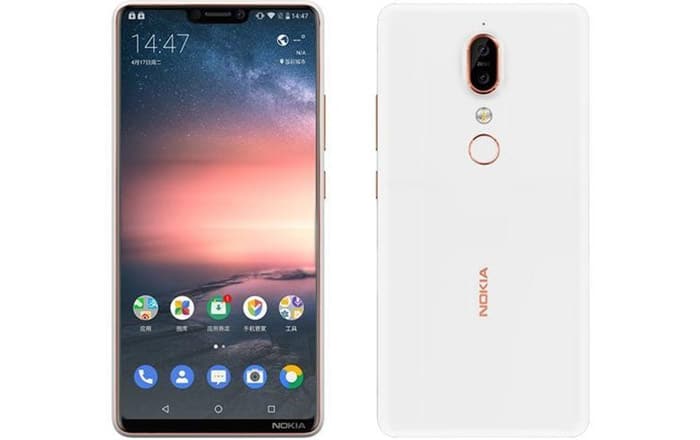 HMD Global is all set to launch a new smartphone on April 27 in China, with ads so far indicating that the phone would be called the Nokia X. However, a slew of leaks from Weibo and Digi TechQQ are now painting a slightly different picture, claiming that the device will be dubbed the Nokia X6.

The Nokia X6 is apparently going to sit somewhere between the Nokia 6 and Nokia 7 Plus, making it a mid-ranger. It might copy the iPhone X’s notch for its screen, the company’s first cutout design. The narrow bezel at the bottom has a Nokia logo crammed into the right side.

The back looks just like the Nokia 7 Plus thanks to the centrally-located dual cameras and copper style. The only discernible difference is that the LED flash has been placed below the lenses before the fingerprint scanner instead of by the side. Specs-wise, HMD Global might grant it 12MP twin snappers made in partnership with Carl Zeiss. 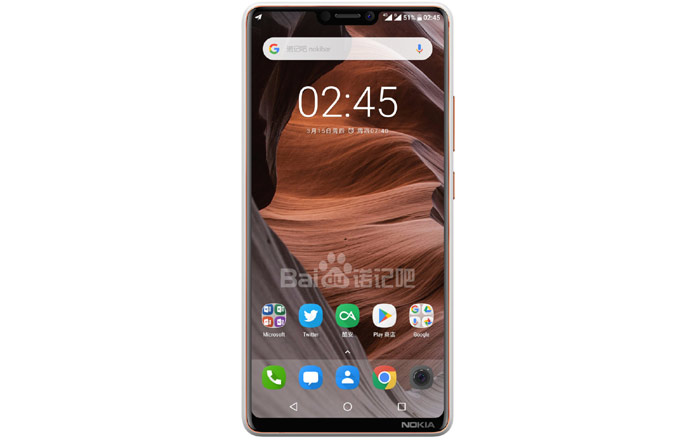 The notched panel could boast of a 19:9 aspect ratio and 5.8-inch size diagonally. The screen will probably get its hands on a HD+ (1080 x 2280p) resolution. Under the hood, one might find either a Snapdragon 636 processor or a MediaTek P60 SoC. Android 8.1 Oreo will probably be around in its stock avatar.