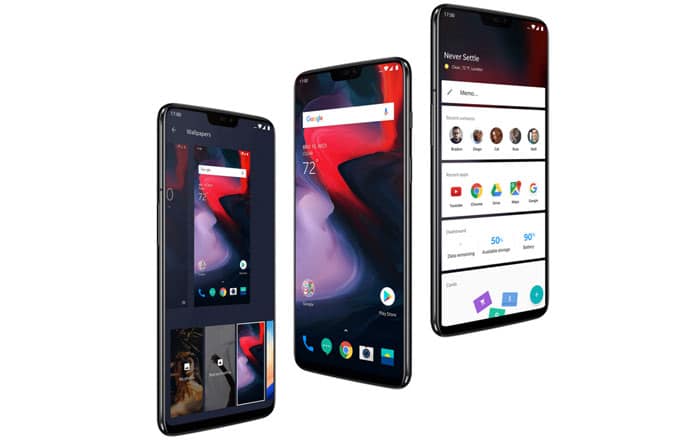 The OnePlus 6’s Android 9.0 Pie update has officially begun, just a little more than a month after the OS arrived. The handset is one of the first Android phones to grab the update, not surprising since it was part of Google’s beta program.

Android 9.0 is being rolled out as part of OxygenOS 9.0 right now. The company’s decided to match its software version number with the Android version number starting with Pie, so you won’t have to wonder which version of the operating system you’re on at the moment.

The upgrade weighs in at around 1521MB. As always, it’s best to download over Wi-Fi with adequate battery backup. Once you’ve completed the crossover to Android 9.0, you’ll notice a number of changes. The first will be a brand new interface for Pie. The second is a new adaptive battery support tool.

Even Android Pie’s gesture navigations have made the cut, meaning you can swipe your way around the OnePlus 6 in a whole new way. For the security conscious, OxygenOS 9.0 brings the September Android security patch. Do Not Disturb has gotten a refresh as well, equipped with more adjustable settings.

Also Read: OnePlus is making a smart TV and wants you to name it

Gamers using the OnePlus 6 can look forward to Gaming Mode 3.0 which introduces text notification mode and third party call notifications. As a bonus, accent colors can now be customized. The brand notes that this is a staged rollout so a limited number of folks will receive it at first.

Even using a VPN to fool your OnePlus 6 into downloading OxygenOS 9.0 won’t work since this release isn’t based on regions. A broader rollout will commence once the company has made sure there aren’t any critical bugs.

You can check if you’ve gotten OxygenOS 9.0 by going to Settings > System Updates > Check for updates. Android 9.0 Pie is set to hit the OnePlus 5, OnePlus 5T, OnePlus 3, and OnePlus 3T next.