TechShout
Home Mobile Phones HTC’s Exodus 1 is a blockchain phone you can only buy with... 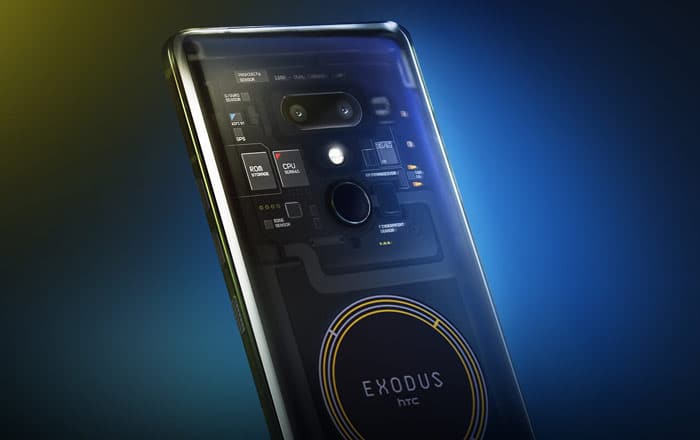 HTC attracted a lot of attention back in May this year when it announced that it was coming out with a blockchain-focused smartphone called the Exodus. It’s finally followed through on its promise with the Exodus 1, now available for pre-orders.

Strangely, HTC isn’t providing a full look at the Exodus 1. Its back can be seen on the main Exodus page, but its front can’t be seen anywhere. We know from the specs list that it has a 6-inch QHD+ display with an 18:9 ratio. Based on the images being provided, the device has a transparent back through which you can see various components like the ROM and CPU.

There’s a fingerprint sensor as well, along with a stylish-looking coil which has the name of the phone at its center. As befitting its background, HTC’s selling the device only in cryptocurrency. It’s priced at Bitcoin 0.15/Ethereum 4.78 which translates to about $956 or Rs 70377.

Cryptocurrencies are notoriously unstable though, so the cost will fluctuate day by day. It’s an interesting strategy, but it’s unclear whether this experiment will pay off for HTC in the end. It’s trying to attract blockchain buffs by hyping up its Zion Wallet.

The Zion Wallet takes advantage of the Snapdragon 845’s security enclave to keep your crypto keys hidden away from non-trusted parts of Android Oreo and apps. A Social Key Recovery tool lets you pick trusted people who can help piece together your key in case the Exodus 1 gets lost or stolen.

HTC is also bringing decentralized apps (dapps) to the fore. The company doesn’t divulge too many details, but GSMArena thinks they will run on top of Ethereum. Dapps basically get rid of the middleman from the app-developer relationship, so no one is in charge of the user’s information.

Specifications of the HTC Exodus 1:

You can pre-order the Exodus 1 here. Shipping is set to begin in December 2018.