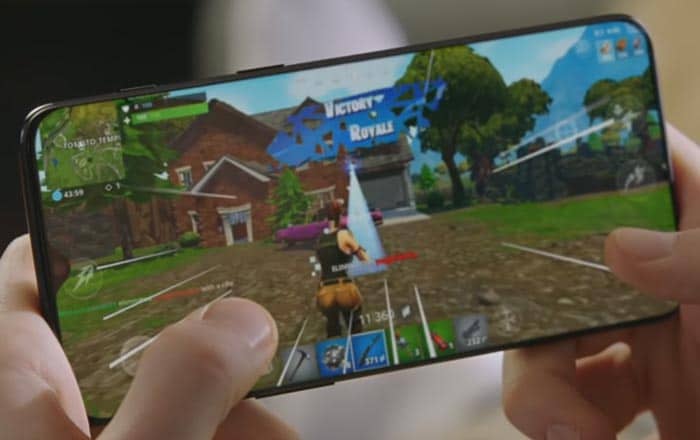 The OnePlus 6T has gotten pretty positive reviews since it arrived a few months ago, with many praising its design. It comes as somewhat of a surprise then that the brand felt the need to doctor the device to make it look very different in an advertisement.

A Twitter user named Dro (via Android Police) noticed something was off when he saw an ad for the OnePlus 6T on Instagram. It seems the company removed the chin completely and reduced the black color around the camera notch significantly.

The same modified OnePlus 6T is present in another ad on YouTube. The handset doesn’t have a chin right at the beginning and at the 43-second mark. It’s highly deceptive, allowing customers to assume that there’s no chin or they can hide it. The ad eventually ends with an accurate render of the OnePlus 6T.

What appears to have happened here is a bad editing job. It’s possible that someone in OnePlus’ team overlaid a video of Fortnite footage onto a OnePlus 6T but didn’t bother to accommodate the chin or notch properly. The result makes it look bezel-less, when it’s really not. The footage at the start of the ad can’t be as easily explained.

Why Did OnePlus Hide The Chin?

The question here is whether this was by accident or on purpose. The former is understandable, but hard to believe for such a high-profile smartphone. The latter is more deceitful and questionable. Apple is notably getting sued in court by two people who think it mislead customers by using a black wallpaper to hide the notch on the iPhone XS.

OnePlus’ ad is even more dishonest since it straight-up eliminates the chin. The company hasn’t commented on the matter yet. It’s not the only brand to get caught up in a deceiving ad controversy. Lenovo tried to promote the Z5 with teasers which showed it had no borders or notches, but when the device launched it clearly had both.