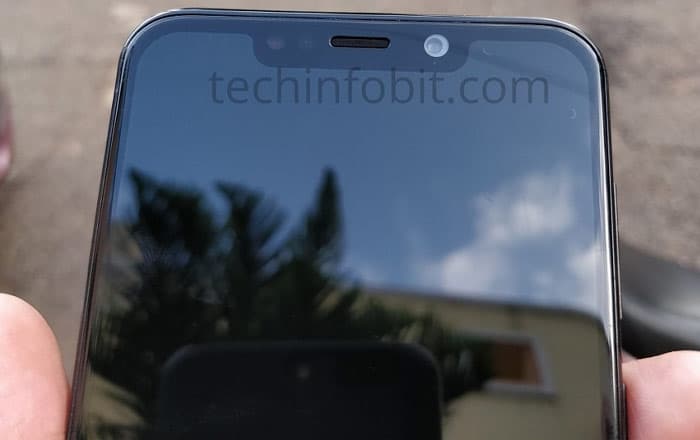 Motorola has a new smartphone on the docket which some are calling the Moto One Power and others the Moto One. According to the latest scoop, the device will be the first handset by the company to sport a notch.

There’s now hands-on evidence of this happening in the form of a couple of live photos of the Moto One Power. techinfoBiT reports that Motorola is currently testing a prototype of the phone and may unveil it officially within the next couple of months. 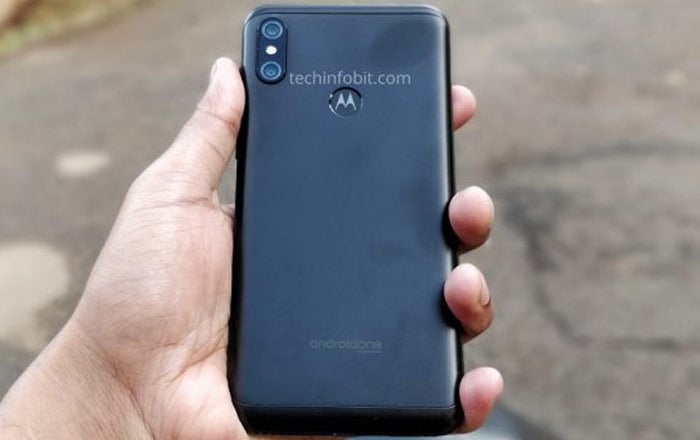 As such, the images above may be from a prototype and not the final product. Still, the snaps provide a clear look at the potential design of the Moto One Power. The notch may be housed within a 6-inch or above full HD+ display. The cutout might, in turn, be home to an 8MP selfie camera among other sensors like the microphone.

Moto One Power Android One Support

While not pictured, the bottom of the screen apparently has the Motorola branding. Even the fingerprint scanner at the back bears the iconic Moto batwing symbol. There’s a vertical dual camera setup at the back. Interestingly enough, the Android One logo can be seen towards the lower half of the rear.

The Moto One Power will probably offer stock Android as a result, in addition to guaranteeing 2 years worth of OS upgrades. A closer look at the bottom reveals a USB Type-C connector. It’s sandwiched between the dual speakers.

It’s clearly still early days for the Moto One Power, so things are subject to change before Motorola decides to announce the device. As for its other Android One phone, the Moto X4 recently got bumped up to Android 8.1 Oreo. Even the regular unlocked and Amazon Prime variant of the handset got the promotion.