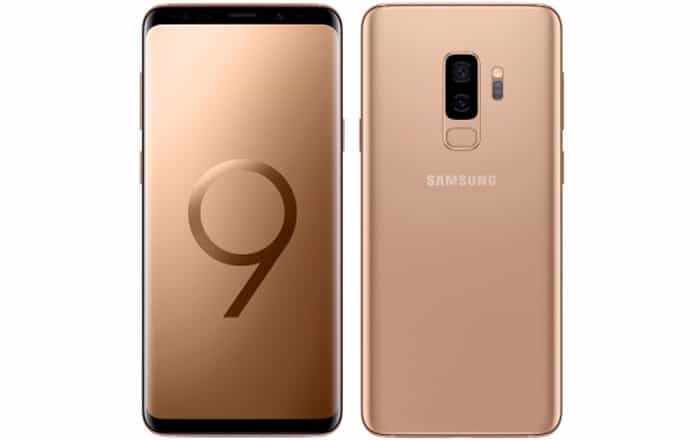 Samsung’s added a new gold variant of the Galaxy S9+ to its portfolio in India. Officially called the Sunrise Gold Edition, the smartphone was announced last week and has now gone up for sale in India.

The Galaxy S9+ Sunrise Gold Edition made its debut last month internationally, alongside the Burgundy Red version of the device. Samsung describes it as having a satin gloss finish which wraps the phone in a tranquil glow and glimmer. The brand’s reserving the shiny color only for the 128GB model in India.

With the addition of the Sunrise Gold option, the Galaxy S9+ is now available in 4 different colors in the country, with the others being Coral Blue, Lilac Purple, and Midnight Black. You can buy the latest shade via select offline shops, Samsung’s online store, and Flipkart.

Samsung’s priced the golden phone at Rs 68900, the same as the other 128GB iterations. It’s offering a Rs 9000 cashback deal to ICICI Bank credit card owners. It’s also bundled a one-time screen replacement promise at Rs 1999. The brand’s site is promising up to Rs 33000 off on exchange and an extra Rs 9000 off on certain handsets.

There are additionally a couple of operator deals on offer. Airtel customers will benefit from a double data scheme for 30 months. Reliance Jio users can take up a special annual plan costing Rs 4999. It’ll grant them 1TB of data and unlimited voice calls and SMSes. Vodafone is promising a free year-long Netflix subscription.

Specifications of the Samsung Galaxy S9+:

Once again, you can buy the Samsung Galaxy S9+ Sunrise Gold Edition via the company’s eStore and Flipkart.