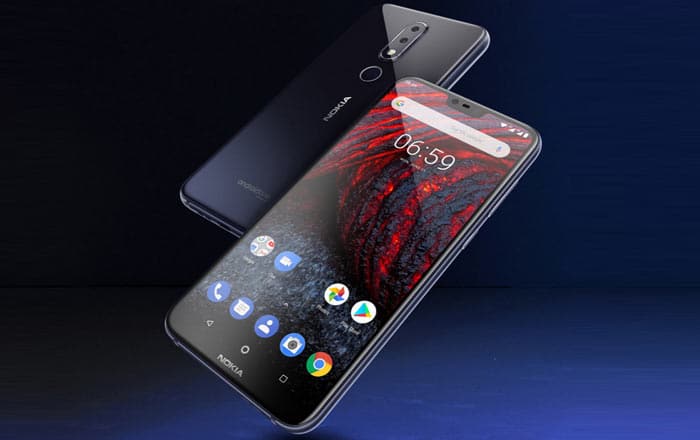 Just as the rumors predicted, the Nokia X6 has begun its global journey as the Nokia 6.1 Plus. The phone has made a short trip from mainland China to Hong Kong and it’s gearing up for a release in Taiwan and Russia soon.

Difference between Nokia X6 and Nokia 6.1 Plus

As expected, the Nokia X6 and Nokia 6.1 Plus are almost exactly the same. The key differentiation between the two is software. The latter runs on Android 8.1 Oreo with a dollop of Android One alongside. Being part of Google’s program translates to regular monthly security updates, at least 2 years of OS updates, and unlimited high-quality Google Photos backup.

The Nokia X6 is pretty popular in China, attracting customers with its notch design and AI-enhanced dual 16MP + 5MP cameras. There are plenty of phones like the Oppo F7 and Vivo V9 with such a look around though, so the Nokia 6.1 Plus will have its work cut out for it.

Specifications of the Nokia 6.1 Plus:

Also See: Nokia X5 gets launched officially with a notch and dual cameras

According to a recent report, the Nokia 6.1 Plus won’t be coming to India before August. The smartphone could, therefore, arrive in the country in August and hit stores in September. No price details have leaked out yet, but it should be close to the Chinese/Hong Kong rate.