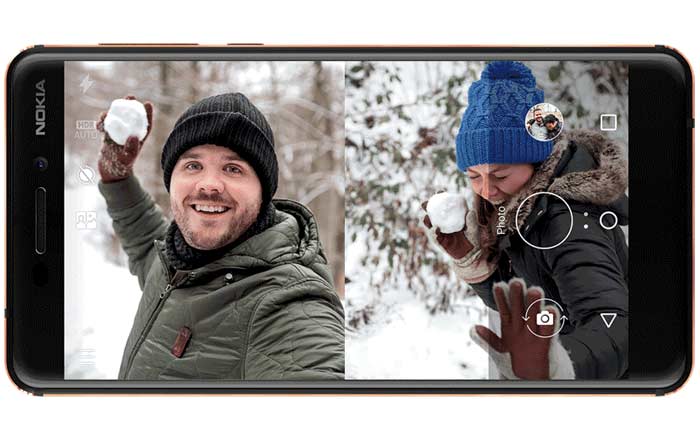 The Nokia 6.1 Plus AKA Nokia X6 is due to arrive in India on 21 August. HMD Global has decided that now is the perfect time to discount its predecessor, the Nokia 6.1 AKA Nokia 6 (2018).

Both of these models are now Rs 1500 cheaper. You can grab the 3GB/32GB option at Rs 15499 and the 4GB/64GB iteration at Rs 17499. Nokia is selling the handset via its website at these reduced rates. Offline shops will probably reflect this change as well.

HMD Global is notably still bundling a number of offers with the Nokia 6.1, such as a free Airtel TV subscription till 31 December 2018, a Rs 2000 cashback courtesy Airtel, a 12-month accidental damage insurance via Servify, and No Cost EMIs. You’ll even get a 25% discount for MakeMyTrip bookings up to Rs 5000.

As for the event tomorrow, HMD Global hasn’t revealed which device is coming to India. The Nokia 6.1 Plus is the most likely candidate, but there could be a mystery smartphone landing alongside it. Based on the company’s most recent teasers, some say the Nokia 9 is a possibility. That’s because the posters talk about the “most awaited phone.”

Specifications of the Nokia 6.1:

The Nokia 9 is certainly highly anticipated, but it’s still unlikely to be launched now rather than at a high-profile event like the MWC, CES, or IFA. The Nokia 6.1 Plus is priced at HKD 2288 (roughly Rs 20335) and will probably stick to the same mid-range cost.