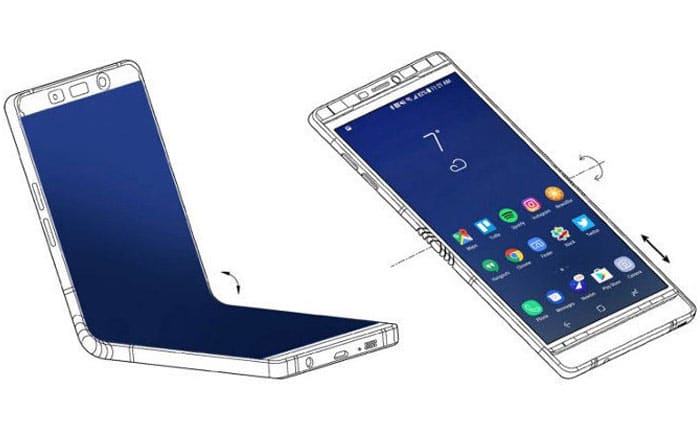 Samsung is reportedly being extra cautious with regards to its long-in-the-works foldable phone, dubbed the Galaxy X by many. The firm’s looking to launch the handset on a pilot basis next year to test the waters and get a sense of its marketability.

While it’s still early days, The Bell reports that Samsung will finalize the design for the Galaxy X in June and produce small trial batches for an early 2019 release. The company is apparently choosing to go with an in-folding type of smartphone instead of an out-folding one.

This basically means users will be able to fold the Galaxy X inwards. Samsung is said to have given major customers a sneak preview of this at the CES 2018. There are supposedly 3 OLED screens in the prototype shown, with each measuring about 3.5 inches.

The front of the bendable phone might be taken up by 2 of these panels for a 7-inch display. The back of the device may have the remaining 3.5-inch display to inform owners what’s going on even the handset is folded, just like classic flip phones.

It seems the Galaxy X will be about as big as the Galaxy Note 8 when unfolded. There were rumors that it would be as big as a tablet, but that appears to have been axed in favor of portability. Of course, this look may never come to light since the design is still in flux right now.

Samsung needs something big to shake up the smartphone industry and it seems to have pinned its hopes on this revolutionary foldable device. Even Apple is rumored to working on a flexible iPhone, but that could be a long ways off.