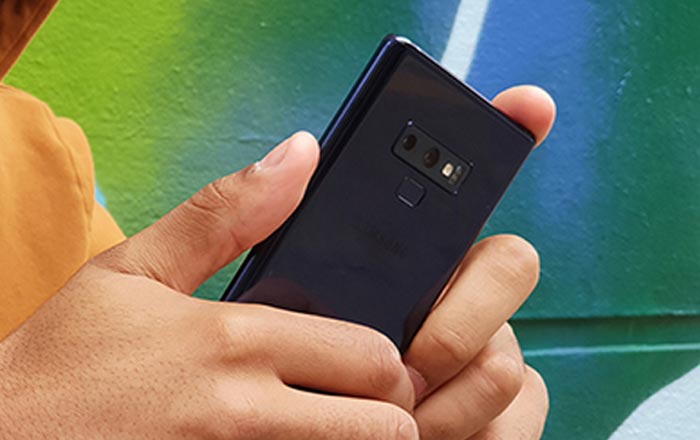 Samsung’s Galaxy Note 7 nightmare is back to haunt it once again with the new Galaxy Note 9. A New York woman claims the smartphone spontaneously caught fire inside her purse and is now suing the company.

As per the court papers, Diane Chung was in an elevator on September 3 when she says her Galaxy Note 9 became extremely hot. The New York Post reports that she immediately stopped using the device and placed it in her bag. She then heard a whistling and screeching sound, in addition to thick smoke.

Chung claims she put the bag on the floor of the lift and tried to empty it. She apparently burned her fingers when her hands came in contact with the Galaxy Note 9. Things got worse from there since the thick smoke made it impossible to see. She was alone in the lift and became extremely panicked, smashing elevator buttons to escape.

She eventually landed in the lobby and kicked the Galaxy Note 9 out of the lift. Chung asserts that the Samsung phone kept burning until someone picked it up with a cloth and dropped it in a bucket of water. At the end of the incident, she says everything in her bag was ruined, she couldn’t contact her real estate clients, and she was left traumatized.

Chung thinks Samsung should have known the handset was defective. She’s demanding unspecified damages and a restraining order banning the company from selling anymore Galaxy Note 9 units. The brand is naturally on the defensive at the moment, stating that it hasn’t received reports of similar incidents and is investigating the case.

There aren’t any photos or videos of the burnt Galaxy Note 9 at the moment, so it’s hard to say what really happened here. It’s possible this is just a one-off case where the lithium-ion battery reacted badly. The battery is volatile by nature, so there’s always a fire risk associated with them. We’ll keep an eye out for more explosions in the coming days.