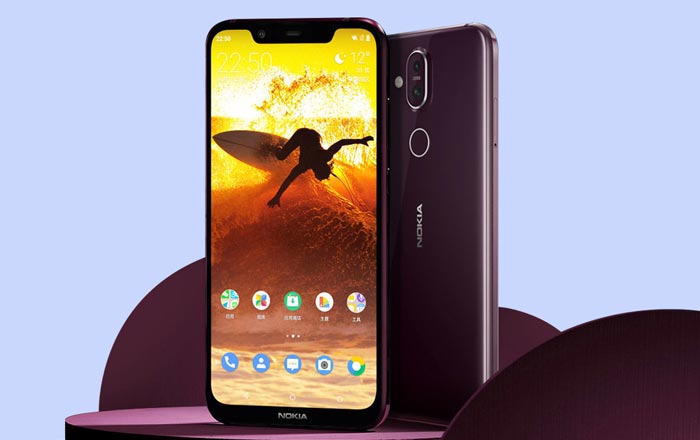 The Nokia X7 has officially gotten launched in China. The phone will probably be renamed the Nokia 7.1 Plus when it hits international markets, going by HMD Global’s past patterns.

HMD Global has already released the Nokia 7.1 in the US and UK, so the Nokia X7/7.1 Plus is more or less an upgraded version of it. There are plenty of changes between the two. For one, the display of the new phone is significantly larger at 6.18-inch, as opposed to the smaller 5.84-inch size of the older smartphone.

Even the processor has gotten updated to a faster Snapdragon 710 SoC in the Nokia X7. On the other hand, the Nokia 7.1 has a Snapdragon 636 chip. Another notable change appears in the battery department where the component has gone from 3060mAh to 3500mAh.

Then there are the dual 12MP + 13MP Zeiss AI cameras at the back of the Nokia X7 for bokeh snaps. The 12MP lens has an aperture of f/1.8, OIS/EIS, Dual Pixel autofocus, a Sony IMX363 sensor, and 1.4um pixels. The specs help it increase the light in photos by up to 96%. This, in turn, means less noise in dark environments.

Also See: Nokia’s next flagship will be called Nokia 9 PureView

The 13MP fixed-focus lens accompanying the main snapper concentrates on depth perception with the help of an f/2.4 aperture. As for the 20MP selfie shooter, it has an aperture of f/2.0 and 1.8um pixels. Nokia claims light sensitivity has been enhanced by 4 times.

Specifications of the Nokia X7: