TechShout
Home Mobile Phones Nokia 5.1 Plus set to get Android Pie update by the end... 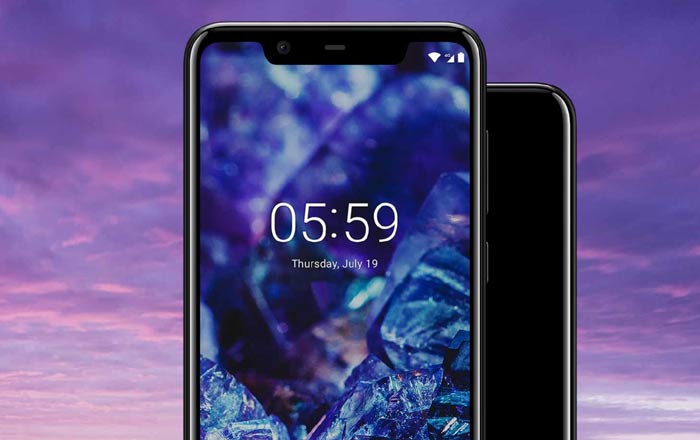 HMD Global recently confirmed that the Nokia 6.1, Nokia 6.1 Plus, Nokia 8, and Nokia 8 Sirocco are all getting Android Pie soon. The Nokia 5.1 Plus is notably missing from this list, leaving owners to wonder when the OS update will be arriving on their phone.

This question has now been answered by HMD Chief Product Officer Juho Sarvikas. A Twitter user asked him whether the Nokia 5.1 Plus will be getting a taste of Android Pie before the end of the year. Sarvikas replied that he “would be surprised if it does not.”

It’s not an exact timeline, but it at least leaves the door open for the upgrade to roll out by December 2018. Meanwhile, the Nokia 6.1 Plus and Nokia 6.1 are due to receive Android 9.0 by the end of October 2018. The Nokia 8 and Nokia 8 Sirocco are set to follow in November.

As of now, only the Nokia 7 Plus has gotten promoted to Android 9.0 Pie. Every single one of HMD Global’s smartphones is supposed to receive the update since all of them are guaranteed at least 2 years of OS upgrades. This might make it the last OS change for the 2017-era Nokia phones which have already gotten a bite out of Oreo.

If the Android 9.0 update for the Nokia 5.1 Plus is anything like the one for the Nokia 7 Plus, it’ll include features like an enhanced Do Not Disturb, Digital Wellbeing, and Adaptive Brightness/Battery. There are also gesture-based navigation controls in store, as well as a new camera UI which includes Google Lens and Google Motion.

You can keep an eye on upgrades in your Nokia 5.1 Plus by heading to Settings > About phone > System updates > Check for update. Post Android 9.0 Pie, it’s set to get one more promotion to Android 10 Q.