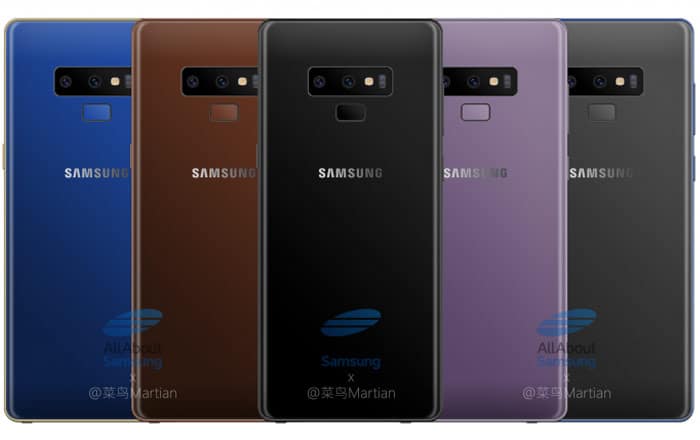 There are a couple of new Galaxy Note 9 leaks out and about, revealing some interesting details about the handset. First off, noted tipster Ice Universe took to Twitter to claim that the phone will be stuffed with a 4000mAh battery.

This is a huge upgrade over the 3300mAh battery found in the Galaxy Note 8. The 4000mAh unit will probably get paired with a Snapdragon 845 processor, so you can expect to get a lot of power out of the Galaxy Note 9.

Ice Universe also offered an explanation for the upcoming Samsung smartphone’s horizontal dual camera and fingerprint sensor orientation. He did so by sharing a side-by-side comparison of the Galaxy Note 9 and Galaxy S9+’ schematics to illustrate the difference between the batteries.

Last year, the fingerprint scanner was next to the cameras. This year, it increasingly looks like the reader is going to be placed underneath the lenses. There may be another major change coming for the Galaxy Note 9 in the form of a faster wireless charger.

That’s what a couple of FCC documents suggest at least. The listing reveals a new wireless charger in the making with the model number EP-N6100. It supports a 12V at 2.1A input, a significant increase over last year’s 9V at 1.67A input.

Finally, AllAboutSamsung reports that the Galaxy Note 9 will be getting a brand new brown color option when it makes its debut in July or August. The handset may also be available in blue, black, lavender, and gray.