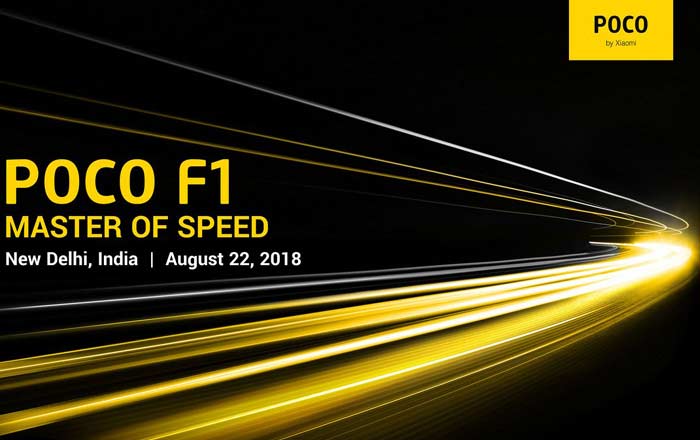 Xiaomi is getting ready to launch an all-new series dubbed Poco in India. The brand has now announced that the first phone from the lineup, the Poco F1, is coming out on August 22 at an event in New Delhi.

The tweet doesn’t reveal much about the handset, simply talking about how it’s going to go beyond peak performance and speed to focus on “the best of smartphone innovation.” Word on the street is that it’s going to be called the Pocophone F1 in Europe.

What Does Poco Mean?

Interestingly, the Poco India Twitter account recently held a contest asking people to guess what Poco stands for. One of the winning guesses speculated that it’s an homage to the origins of the Xiaomi brand. Xiao is Chinese for “Little” and Poco is Spanish for “Little.”

Xiaomi is clearly trying to break into international markets with the Poco name, perhaps moving beyond its Chinese name. This might explain why it felt the need for a separate sub-brand to launch a new phone.

As far as rumors go, the Pocophone F1 is supposed to feature a Snapdragon 845 processor and liquid cooling system. The latter suggests that the handset is some kind of gaming-focused smartphone, but that’s not a given since there are phones like the Galaxy Note 9 which also have specialized cooling hardware.

Also Read: Xiaomi Mi A2 launched in India with Android One, dual cameras

Specs-wise, the Xiaomi spin-off device might get its hands on a 6.18-inch FHD+ display with an 18.7:9 aspect ratio. The company may fit it with a 4000mAh battery inside and have it run on Android 8.1 Oreo with MIUI on top.