Home Mobile Phones OnePlus 6T Thunder Purple gets launched in India, the US 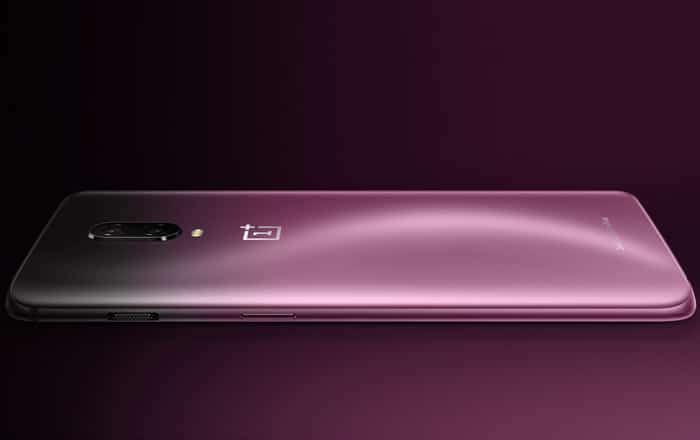 The OnePlus 6T made its debut last month in Midnight Black and Mirror Black options. The Chinese company later launched a Thunder Purple version of the device in China. This new model is now going international by arriving in India, the US, and Europe.

The US and Europe will get the Thunder Purple OnePlus 6T first on November 15 at 9 am. India will receive it next on November 16 at 2 pm. Amazon India,
OnePlus’ website, Croma, Reliance Digital, and OnePlus exclusive stores will all stock it on launch day.

Thankfully, OnePlus isn’t charging any extra money for the purple color. It’s only being sold in an 8GB of RAM and 128GB of ROM configuration at Rs 41999/$579. Other than the new paint job, it’s pretty much the same device as the others. It could attract buyers who want something other than black as a choice.

The Thunder Purple OnePlus 6T has a gradient look, meaning its colors shift depending on the light. There’s a subtle S design covering its back. The top is predominantly black, while the bottom is a lavender-esque purple.

OnePlus is offering some deals to go along with the new shade. HDFC Bank credit/debit card owners will get Rs 1500 as cashback and Jio users will get cashback vouchers worth up to Rs 5400. There’s also a free damage protection scheme from Kotak Servify valid for 12 months, plus a discount on Kindle eBooks worth up to Rs 500.