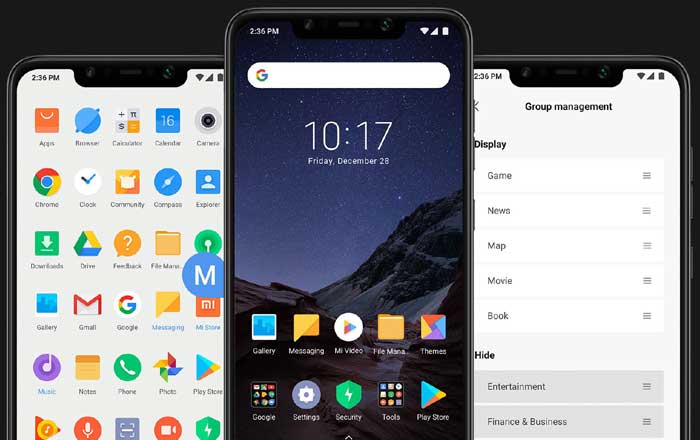 The Poco F1 just got a permanent price cut and now there’s more good news for current and future owners of the phone – Xiaomi has begun rolling out the stable Android 9.0 Pie update for the device. It’s arriving as part of MIUI 10.1.3.0 (PEJMIFI).

To be clear, MIUI 10 has been around on the Poco F1 since November. It’s just that the software was running on Android 8.1 Oreo and not Pie. That’s changed now, going by a number of reports across Twitter and Reddit. Users can either wait for it to come OTA or manually install it if they’re feeling impatient.

It might be wise to wait a while. Some owners are complaining that the option to hide the notch has disappeared. One Twitter user said that they can’t play their games in full-screen mode. His tweet was picked up by Poco India’s support account. They requested him to share his issues on the feedback app, but didn’t definitively say whether the problem would get resolved.

A couple of Reddit users noted that the software is a bit buggy, especially for a stable build. It seems the Poco Launcher doesn’t function correctly. For instance, sliding to go back to another app isn’t working smoothly. Opening the multitask window from the home screen and going back will apparently prompt the launcher to reload.

There are also touch input problems, although these were around before as well. The Android 9.0 update weighs in at a hefty 1.7GB and includes Google Lens support in the default camera app, plus it fixes a couple of persistent bugs.

You can download MIUI 10.1.3.0 (PEJMIFI) for the Poco F1 here if you want to give manual installation a go.