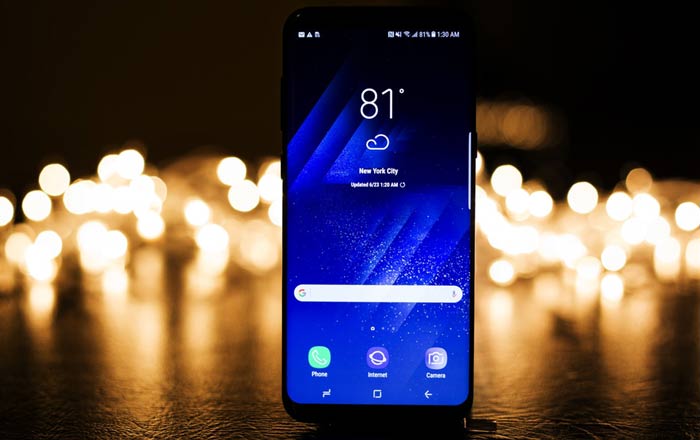 Samsung’s Note 7 exploding days might be over, but the brand has become embroiled in a fresh controversy over two of its other handsets. A woman in the US claims one of her Samsung phones blasted open and engulfed her car in flames.

She told ABC affiliate WXYZ that she was driving her car on May 21 when she saw a spark out of the corner of her eye. She had placed her Samsung Galaxy S4 and Galaxy S8 in a cupholder. It seems one of them caught on fire. She immediately pulled over and watched as her car melted to pieces.

It’s not clear what started the fire. Some have suggested that the heat from the car and the sun might have triggered an explosion. The impact might not have been as bad if the second phone hadn’t been present. The first blast probably caused the second handset to detonate as well.

The woman doesn’t say which model blew up first and what exactly set off the incident. Her attorney Gerald Thurswell claims she’s suffering from emotional scars and has trouble sleeping after the scare. She doesn’t appear to have been physically injured.

Thurswell later got in touch with Samsung. The company sent a crew to examine the charred remains of the car and phone. He expects the device behind the disaster will be recalled. We’re not that sure about this, since this could just be an isolated incident and not a widespread problem like the Galaxy Note 7 was.

Samsung is currently investigating the matter. No lawsuit has been filed against it yet. It’s probably looking to proceed with caution what with its history. To recap, the company had to recall the Galaxy Note 7 twice after numerous cases of explosions started happening around the world because of faulty batteries.