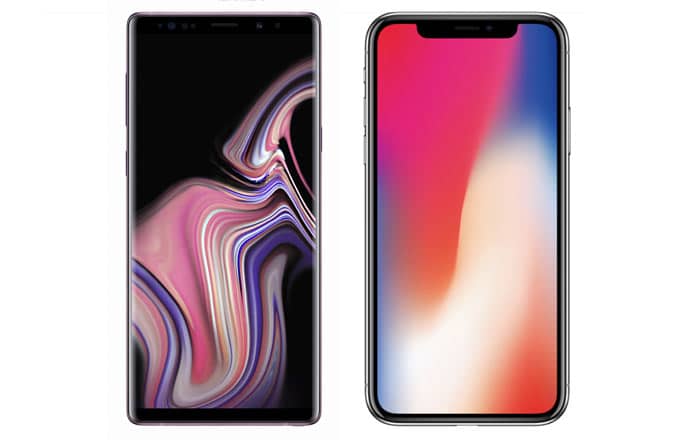 The Samsung Galaxy Note 9 is finally out and mingling about, meaning folks have started comparing it to its competition. Tom’s Guide decided to take the 6GB/Snapdragon 845 version of the phone for a spin and find out how it holds up against the 3GB/A11 iPhone X when it comes to benchmarks.

Apple fans will be happy to know the iPhone X beats the Galaxy Note 9 in terms of sheer speed. The Samsung smartphone scored 8876 in its Geekbench 4 testing. This is fairly impressive on its own, but it still falls short of the iPhone X which hit a score of 10357.

The Galaxy Note 9 couldn’t even beat the OnePlus 6 which managed a score of 9088. The former did do better than its previous variant, but that’s to be expected since the older device ran on a Snapdragon 835 SoC.

It should be noted that the OnePlus 6 tested had 8GB of RAM. This might be why it’s able to come out on top. Even the Galaxy Note 9 is available in an 8GB of RAM option, but it’s very expensive at $1249, especially compared to the 8GB OnePlus 6’s $579 cost.

Also Read: Apple’s 2019 iPhone may run A13 chips made by Samsung

Still, Samsung does have Apple beat in one department – the display. The company’s AMOLED screen registered a whopping 224% of the sRGB color gamut. This is very impressive in comparison to the iPhone X’s 124%. The OnePlus 6 still did better than both, though, by reaching 240.3% in its testing.

The final parameter is brightness. The Galaxy Note 9 perform very well here, scoring 604 nits to the iPhone X and OnePlus 6’s 574. The LG G7 ThinQ is far ahead of all 3 thanks to an eye-wateringly bright 900 nits.