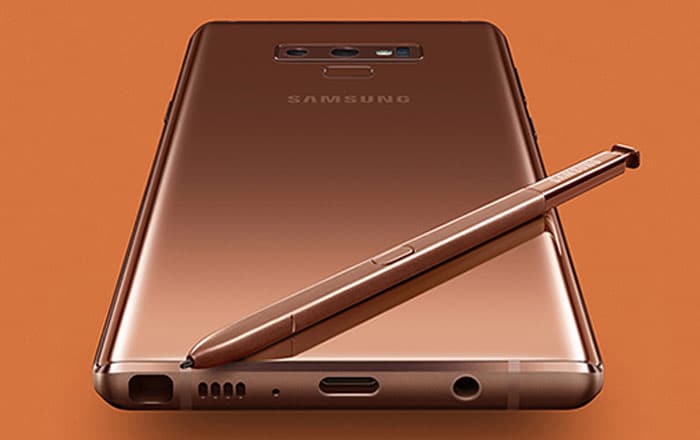 Samsung India has begun taking pre-orders for the Galaxy Note 9. The handset got its international launch in New York just a day ago, so this is a pretty quick turnaround for the company.

Interestingly, the 128GB Galaxy S9+ is Rs 1000 more expensive at Rs 68900 in India, making the two phones rivals. The Galaxy Note 9 is a bit larger and offers an S Pen as well, so it’s clearly the best option in terms of value for money.

Early birds who pre-book the Galaxy Note 9 between August 10 and 21 will get access to a couple of deals. First, they can buy the Gear Sport smartwatch at just Rs 4999. The wearable costs Rs 22990 at the moment, so that’s a Rs 17991 discount.

Buyers in the US are getting free noise-cancelling AKG headphones or Fortnite credits, but those aren’t being offered in India. A word of caution – Samsung has just launched the Galaxy Watch. Anyone who wants the brand’s latest wearable should wait a while instead of buying the year-old Gear Sport.

Samsung hasn’t announced when the Galaxy Watch is coming to India though. Getting back to the Galaxy Note 9’s pre-order deals, folks who purchase the device via Paytm Mall or HDFC Bank credit cards/debit cards/Consumer Durable loans will get a cashback of Rs 6000.

People who exchange their old device through the Samsung Upgrade Program will get an extra Rs 6000 off from the Galaxy Note 9. The handset is being sold in Midnight Black, Ocean Blue, and Metallic Copper in India, with only Lavender Purple missing from the list. Metallic Copper is only available in the 6GB/128GB storage version.

You can pre-order the Galaxy Note 9 via Samsung’s site or offline outlets. Airtel’s online store is selling the smartphone with a bunch of offers like free Amazon Prime membership and Handset Damage Protection. You’ll have to fork over Rs 7900 as a one-time payment and then pay Rs 2999/month for an Airtel plan that lasts for 24 months.